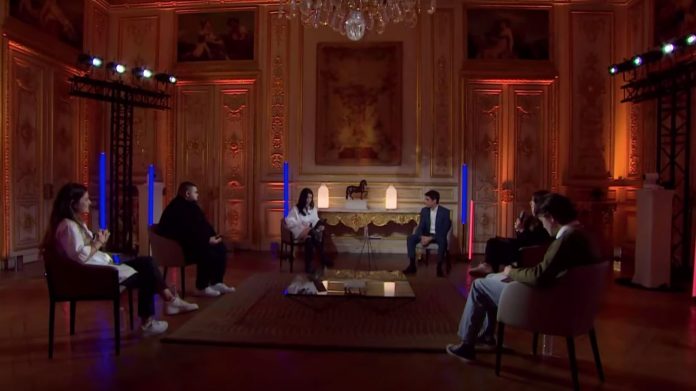 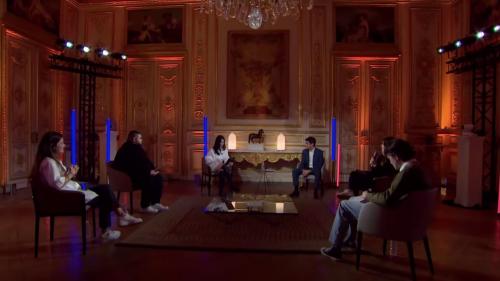 The executive targets young people. Government spokesman Gabriel Attal launched a new monthly program on Wednesday February 24. Broadcast live on the Twitch platform, “Without Filter” is an exchange program with young people, influencers on social networks. How did the first meeting go? What is the strategy behind it? Franceinfo answers three questions that arise the day after the show.

1What is the principle of this show?

The show is broadcast live on the Twitch streaming platform and on YouTube. Once a month, on Wednesdays, the government spokesperson “will debrief the Council of Ministers”, presents LCI. In “Without filter”, Gabriel Attal will be surrounded by six young people, influencers or not. They will chat for over an hour “from a studio located in an annex of the Elysée”, Specifies the site of the news channel.

2How did the premiere go?

The first meeting, available in replay on YouTube, took place on Wednesday from 7 p.m. “Young people are breaking the bank”, the “students are having a hard time”, in “depression”, fear “cardboard diplomas”, launched EnjoyPhoenix, Fabian, Elise & Julia or Malek Délégué in turn. “Lessee” of all these “lifts”, Gabriel Attal highlighted the “devices” existing: “youth plan”, offers “30,000 internships”, “meal for one euro”, “psy check” for students… “It is wrong to say that there is a generation sacrificed today, which does not mean that there are no young people in the galley”, he replied.

YouTuber EnjoyPhoenix was particularly critical, notes HuffPost, especially with regard to the format of the show. “I would find it great that next time, there is a journalist who is there to retort because it is not my job. Me, I just come to ask the questions that my community would like to put forward”, she said.

Enjoyphoenix torpedo in live the government com: “I would find it great if there is a journalist next time, because I cannot retort” #withoutfilter # COVID19france #Journalism pic.twitter.com/C6oR5VkwBa

Gabriel Attal acknowledged that the show’s format could be improved in the future, in a message announcing that the show had been viewed by 200,000 people.

You are nearly 200,000 to have followed all or part of the live on @TwitchFR and @Youtube. A great first, obviously points to improve, but the most important thing was there: really debates. #WithoutFilter ! See you soon for the next one! pic.twitter.com/cp0XLBWHIa

3What is the government’s goal?

Before “Without filter”, Gabriel Attal had already developed a comparable meeting. Since November, the government spokesperson has been exchanging Sunday evening with influencers on Instagram. “The Covid crisis is an accelerator of the need for governments to go to more media fields”, he believes. A digital strategy that he is not the only one to deploy. Bet with youtubers McFly and Carlito, interview given by Emmanuel Macron to Brut media and questions and answers on Snapchat, call from Jean Castex to videographer Gaspard G, voice discussions by Minister Jean-Baptiste Djebbari on Clubhouse … One year from the presidential, the executive is looking for effective channels of communication with young people hit hard by the consequences of the crisis.

The government also wants to show that it is popular with young people, says Philippe Moreau Chevrolet. “Emmanuel Macron can say ‘I have 10 million views with McFly and Carlito, so I’m popular, young people love me’, explains this specialist in political communication to franceinfo. This is a message that we send mainly to their parents or their grandparents, who themselves vote. “