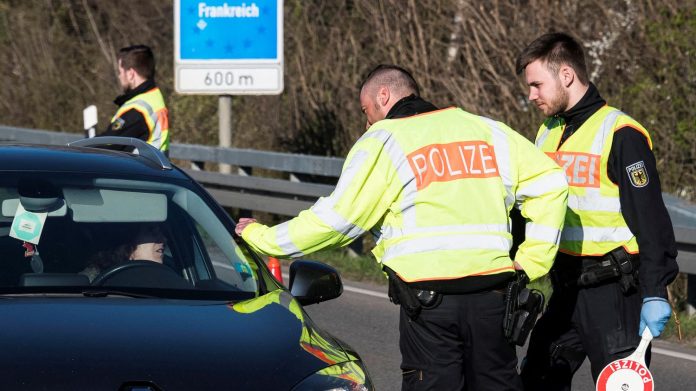 Germany has classified the Moselle as a maximum risk zone. Moselle border workers will therefore have to present a negative test of less than 48 hours if they wish to travel to Germany.

“We are outraged by the measures demanded by Berlin”, protests Sunday February 28 on franceinfo Arsène Schmitt, president of the Association of frontier workers, based in Sarreguemines while Germany has classified the Moselle as a maximum risk zone due to the spread of the Covid-19 epidemic in the Department.

The prefecture of Moselle specified on Sunday that each person wishing to cross the border from France will have to declare themselves in such a way. “electronic at each entry into German territory, according to modalities to be specified” and that a “obligation to test, which may be an antigen test, with sampling of less than 48 hours” will be necessary. The measure also concerns the 16,000 Moselle border workers who go to work in Germany every day.

“This measure is not transposable in the facts, says Arsène Schmitt. A frontier worker who comes home from work in the evening, how is he going to do his test, in a laboratory that closes at 6 p.m. with a curfew? “ According to him, border workers are “considered plague victims”.

The president of the association even fears “a disaster” and claims to have received “40 phone calls from border workers who are totally traumatized”. Faced with this situation, Arsène Schmitt wonders: “Will frontier workers be forced to take sick leave due to depression?”