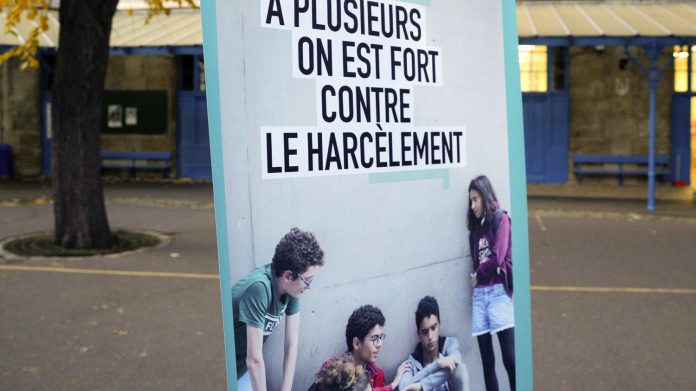 “We must not let children kill each other” is indignant Tuesday, March 9 on franceinfo, Catherine Verdier, psychologist, specialist in harassment, after the death of a 14-year-old teenager in Val-d’Oise. She drowned in the Seine at Argenteuil. Two teenagers were implicated. One of them is suspected of having posted intimate content on the victim’s Snapchat account.

“Teens don’t realize that the consequences of cyberstalking are not virtual consequences. They are very real consequences and they have a hard time integrating that because they are behind their screens.”, continues Catherine Verdier who wrote a book entitled “School Ecology. To put an end to bullying between children”. She suggests setting up talk groups, so that the “speech is freed” among these young people.

franceinfo: What does this story inspire you?

It is appalling, it is despicable. I would also like to express my thoughts to the parents and family of the victim, but it is unbearable because today, in the literal sense of the word, children are killing each other. I don’t even have words.

This case takes place against a background of school bullying, with photos posted on social networks. Is this a growing problem in schools?

Particularly during the confinement, it was an explosion of cyberstalking and a lot compared to sexting, that is to say sending a photo of yourself, naked or in undress, to a person normally of trust, to a friend to prove his love or whatever. This is called consensual sexting, then where we have cyberstalking is when the sexting is suffered, that is to say that this photo is taken and re-balanced on social networks and on the Internet. Sexting destroys a person’s online reputation in one click.

But are we really aware of the psychological impact that this can have on these adolescents in full construction?

How to fight against this? How to find the right solutions?

Harassment, Covid obliges, it is really the big absentee of this school year. This truly ghastly story should give everyone food for thought, you, me, the school community, the government, etc. so that it becomes a general and national mobilization. Children should not be allowed to kill each other like this. We have to support, we have to supervise them, we have to contain them, we have to train, we have to be informed. In short, there are a lot of things to put in place.

Do adolescents have a particularly difficult time expressing themselves when discussing bullying situations?

It is totally true. Everything is done so that a victim remains locked in his silence. Shame, guilt, loneliness, all of this makes a person who is a victim of violence not going to allow himself to speak or will be ashamed. Teens, on top of that, tend to want to fend for themselves and on their own. So calling on an adult is very complicated and I think we should offer support groups. And then, that the word can be released and for that the teachers, the educators, the parents must be trained to also welcome the word. What is the use of speaking for a child if his word is not heard?