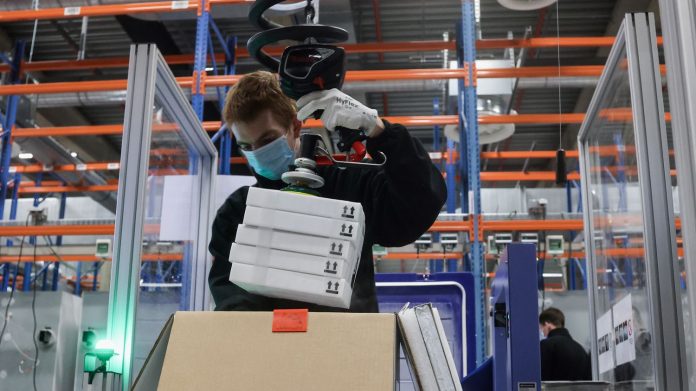 Almost 34 million. This is the number of doses of vaccines against Covid-19 that the European Union (EU) exported between February 1 and March 9, to some thirty countries. The figure, which was revealed on Wednesday March 10 by the New York Times (in English), can seem dizzying, especially when you have in mind the production difficulties of recent months and the fact that only 43 million doses have so far been inoculated by the Member States. The 447 million inhabitants of the Old Continent are still far from being all vaccinated.

Accused last week of “vaccine protectionism”, following Italy’s blocking of vaccines bound for Australia, the EU now finds itself under fire for having missed too many doses.

Pharmaceutical companies based in Europe, and which produce the vaccines, have signed contracts with various non-member states of the European Union and have committed to a delivery schedule. This is why, in particular, doses of the Pfizer-BioNTech product left for the United States in February, without the EU having a say.

On the contrary, a very different policy is in force in the United States, where exports are blocked. This choice done under Donald Trump has since been confirmed by current President Joe Biden. “I think the US government made this decision for reasons of national policy”, explains to franceinfo Jacob F Kirkegaard, specialist in international relations at the German Marshall Fund, an American economic think tank based in Berlin. Even if it means refusing to provide doses to the EU last week: “A national debate on this issue is something the Biden government wants to avoid. But I have no doubt that once the majority of the population has access to a vaccine, in May, the United States will re-authorize exports”.

As for the United Kingdom, despite the assertions of Charles Michel, the President of the European Council, the country has not implemented an export ban. The Prime Minister also defended himself on Wednesday in front of the British Parliament (article in English). However, as a Politico investigation revealed, the government negotiated its contracts with manufacturers in such a way that they were forced to supply the British in the first place. This is why the European Union has sent 9.1 million doses across the Channel, more than a third of the total doses administered to the British so far.

This state of affairs prompted the European Commission to set up an export blocking mechanism, after accusing the AstraZeneca group of favoring the United Kingdom for the delivery of vaccines. This measure, which has just been extended until the end of June, gives member states the power to block the export of vaccines if the pharmaceutical company that produces them has not honored its delivery obligations with the EU.

This measure is above all symbolic. Europe has so far blocked only one shipment of vaccines (out of 249), departing from Italy and bound for Australia. The EU then argued that the pandemic was almost under control in the country of Oceania, while Italy was close to 20,000 cases daily.

“If we think about this decision by Italy, we can see it as a strategic decision”, explains Jacob F Kirkegaard. As if the EU wanted to show what it could do, doing as little damage as possible.

“There are very few cases of Covid-19 in Australia and the country produces the majority of its own doses. It is almost a perfect target, which has allowed the EU to show it is serious about defense European interests. “

The Commission’s choice to let doses slip away is also a question of political philosophy. “The EU remains committed to multilateralism”, explains to franceinfo Ricardo Borges de Castro, associate director of the European Policy Center, a think tank based in Brussels. “Blocking exports is not in the tradition of Europe, which is attached to free trade. Not to mention the commitments made within the framework of COVAX.”

Brussels has indeed pledged to donate one billion euros to the UN program which aims to provide vaccines to developing countries. “The EU exports a significant volume of vaccines against Covid-19, in accordance with our commitment to global solidarity”, European Commissioner for Health Stella Kyriakides explained in a press release on Thursday.

The EU’s desire not to follow the path traced by the United States could also be explained by a more pragmatic reason. “If Brussels banned all exports, it would affect the production chain”, notes Jacob F Kirkegaard.

“Most of the ingredients needed to make vaccines are outside of the block. We could have seen other countries, too, banning their exports, which would ultimately have reduced the amount of vaccines available to Europeans. ”

Still, the EU’s decision not to block vaccine exports may not be very popular. It’s a “hard selling argument”, admits Ricardo Borges de Castro. “People are making comparisons, it is legitimate, but the EU should not react by thinking only of the short term.” And then, “the reality is that the majority of member states, including France and Germany, still have a lot of vaccines in stock”, adds Jacob F Kirkegaard. In other words, Europe, which has little competence in terms of health, is not responsible for everything.

Brussels seems to bet on the acceleration of vaccination to make people forget this episode. In France alone, 10 million additional doses are expected in March. “I bet that we will produce a lot more vaccines by May and that this will take away this controversy, adds the expert. In two to three months, we will have tens of millions of excess doses. “