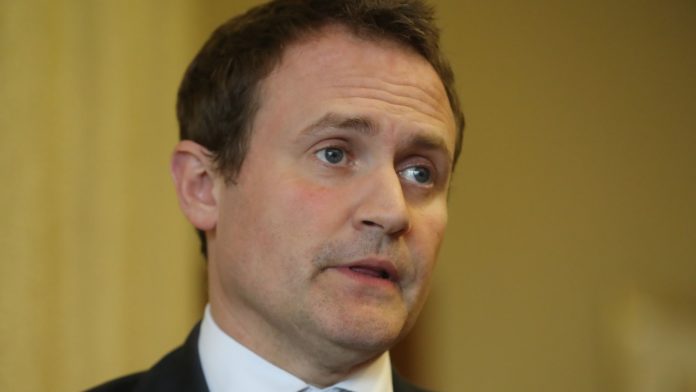 A senior MP said Parliament’s email system is less secure than Google’s Gmail because it claims to have been the victim of Chinese “psy-ops”.

Tom Tugendhat, chairman of the foreign affairs committee, called on the government to do more to defend democracy and freedom of expression.

The MP is one of seven British parliamentarians sanctioned by China in retaliation for British measures imposed following human rights violations in Xinjiang province. They all spoke about the treatment of Uyghurs and Hong Kong people.

#IPAC ???????? member @timloughton The MP secures the debate over the Chinese government’s sanctions against British citizens, says the sanctions are a “badge of honor” for exposing Uyghur abuses.

“We have sanctioned parliamentarians who were fortified to denounce the abuses of this totalitarian government.” pic.twitter.com/WUE9F8dGsz

Mr Tugendhat claims to have been the target of Chinese “psy-ops” – psychological operations – including bogus emails handing in his resignation to fellow MPs.

He said: “Friends at GCHQ have told me – not formally, I admit – that I had better stick with Gmail rather than using the parliamentary system because it is more secure.

“Frankly, that tells you how safe and how high a priority we are for democracy in the UK.”

The National Cyber ​​Security Center (NCSC), whose experts work with Parliament’s Digital Service, said MPs should continue to rely on it.

An urgent question on China was granted in the House of Commons on Tuesday after Mr Tugendhat, along with four other MPs, two peers, a lawyer and an academic, were sanctioned in March, including bans from China and Hong Kong .