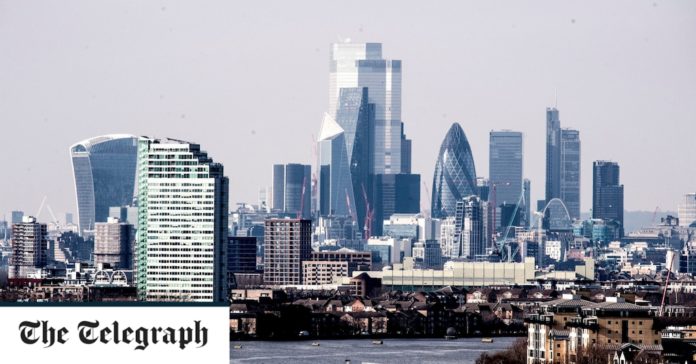 The online review website Trustpilot has unveiled plans for a £ 1 billion listing in London, further boosting the city’s hopes of becoming an emerging hub for initial tech public offerings.

The Copenhagen-based company said it plans to list around a quarter of its shares and is looking to raise $ 50million (£ 36million) in an initial public offering, for help accelerate their growth plans.

The float is expected to value Trustpilot at around £ 1bn.

Trustpilot’s decision to choose London would see it become the first major internet company in the European Union to choose the city for listing after Brexit – a sign the city is still in a position to attract large foreign companies and boost the hope that it will become a technological magnet. .

Boss Peter Mühlmann said London was “a natural fit for us”. “This is partly because the UK is a really important market for us, but also a market that will have great potential for growth. There is a lot of liquidity on the London Stock Exchange.

“I really believe in London as a future tech hub. After Trustpilot, I think you’ll see a lot of other very important tech IPOs in London.”

Others, including Deliveroo and Darktrace, are expected to be listed in London in the coming months, while online card retailer Moonpig joined the London Stock Exchange last month.

Despite signs that London is already gaining major tech lists, the UK is currently reviewing its listing regime to see how it can attract more innovative companies.

The review authors are expected to recommend such things as allowing companies to list fewer stocks to be admitted into the premium section of the market or allow dual-class stocks, to give founders more. control over their businesses.

However, Mr Mühlmann said Trustpilot decided not to wait for any of these potential changes to take effect. “There is always something you can look forward to. There was the question of whether we were ready for it, and we just thought, yeah, so let’s go.”

Trustpilot will look to go public after a year in which a large number of services have gone live, providing customers with a way to find out which services they can trust.

Revenue, generated by businesses that subscribe to its services to be able to see and interact with consumer reviews, has jumped about 60% since 2018 to reach $ 102 million last year.

Mr Mühlmann said consumers are using Trustpilot “more than ever before”.

However, it recently had to step up its work to tackle bogus reviews and said it had to remove more than 2.2 million fake reviews in 2020, or around 5.7% of the site’s that year. .

Last month, one of the people using its site to review lawyers was prosecuted after leaving negative reviews on its service, which Trustpilot warned users. In a post posted on its site at the time, Trustpilot said it “strongly opposes the use of legal action to curtail consumers’ freedom of speech.”