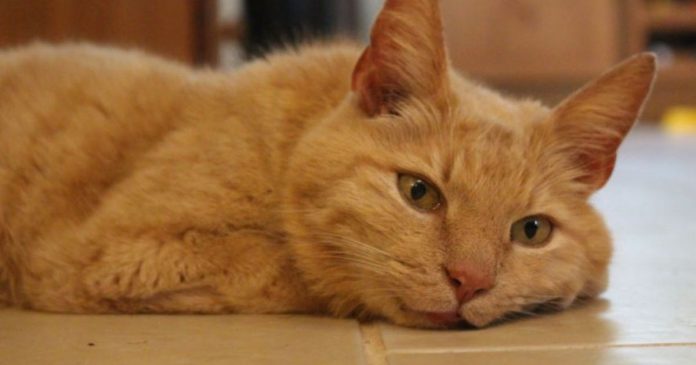 Cat owners in the UK will be required to microchip their pets as required by law under new legislation being considered to tackle theft.

Owners will need to microchip their cats – as dogs already are – so they can be tracked and identified in the event of theft and resale on the black market.

The rules will affect the 10 million cats in the UK – of which 2.6 million are currently non-flea, and will include fines of up to £ 500 for people who do not.

It follows a 12% increase in thefts since the start of the coronavirus pandemic, triggering calls for tougher sentences against those who commit the crime.

Under the new rules, vets may have to scan cats and dogs for crisps when treated to help eradicate illegally purchased animals.

The move is expected to be part of a package put in place by Justice Secretary Robert Buckland, according to the Telegraph.

Ministers are also considering a ban on cash purchases of pets to eliminate secret sales that are impossible to trace.

Currently, sentencing guidelines are based on the animal’s financial worth, which may include a £ 300 fine, but the new rules could impose harsher sentences on those caught in the process. to steal animals.

“There is a thriving black market for cash sales of animals, no questions asked. A payment ban is appealing because we know it has crippled the stolen scrap industry and the microchip is absolutely essential to how animal welfare is maintained, ”he added. A government source told The Telegraph.

Purebred cats are targeted by thieves for breeding or resale, with the Bengal, Siamese, British Shorthair and Maine Coon the most frequently stolen, said Pet Theft Awareness, who used requests for access to information to access police figures.

Sir Iain Duncan Smith is one of 50 MPs calling for a crackdown to be included in the new bill.