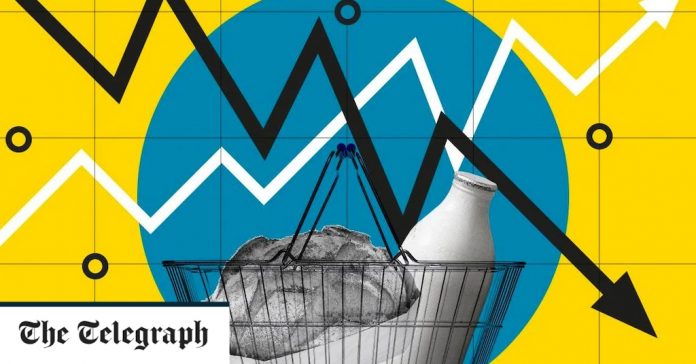 Listed supermarkets – Tesco, Morrisons and Sainsbury’s – were already under pressure to make a payment, having distributed dividends to shareholders while taking the tax-free holiday.

What will happen to the rates next year?

The Treasury is conducting a fundamental review of deal rates with the results expected to be released in the spring, although there have already been several reviews over the past decade without major changes.

As it stands, the rate holiday ends on March 31. However, when reviewing spending, the government said it would look for other ways to support businesses with rate bills in the next fiscal year. Details are expected for the new year.

The Treasury has already confirmed that there will be no rate hike next year – previously, bills would have increased based on inflation.

Will supermarket actions hurt the review?

If anything, it might strengthen their case. Currently, online gamers like Amazon only pay rates on their warehouses – which are much lower due to their location.

Former Tesco chief executive Dave Lewis has called for a 2% online sales tax, and Sports Direct owner Mike Ashley also wants rates to be revised with online players being charged more. However, other retailers have suggested it could stifle their own efforts to increase online traffic alongside high street operations.

As Tesco, Sainsbury’s, Morrisons and Aldi have accumulated cash and others likely to follow, pressure will be on the government to listen more carefully to their concerns as “responsible” retailers.

However, rates remain a big cash cow for the government – the annual bill is around £ 40bn – and because it’s a property tax, it’s much harder to avoid thanks. to tax avoidance strategies.

What will happen to the money the supermarkets hand over?

It is expected that it will be transferred to HMRC first and then to the Treasury.

The government has declined to say what the cash will be used for, but calls have been made for it to be distributed to the leisure sector after the Prime Minister’s one-time £ 1,000 grant announced this week for ‘wet pubs’ has been widely condemned as being too small to help save the industry from massive shutdowns and layoffs.