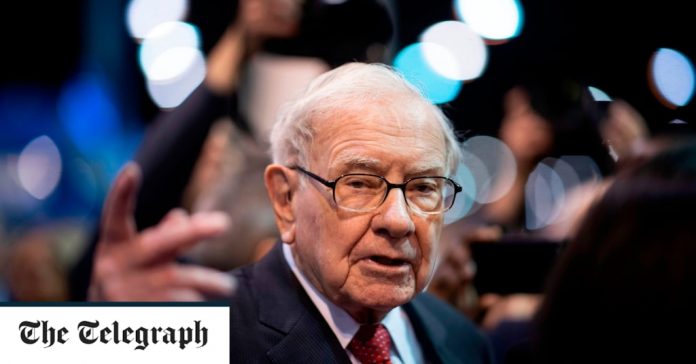 Mr. Buffett’s company had stakes valued at over $ 1.8 billion each in AbbVie, Bristol-Myers Squibb and Merck at the end of the quarter, and about $ 136 million in Pfizer. Berkshire withheld certain confidential information during its routine regulatory filing.

The 90-year-old has been cautious during the pandemic, saying in May that his then-record cash stack was not that large considering the worst possibilities.

Mr Buffett has since deployed cash in Japan and natural gas assets, and bought back shares in Berkshire.

His friend Bill Gates, a former Berkshire board member, donated through his foundation to help fund vaccination efforts.

The Berkshire boss threw airline stocks and sold financial services earlier in the crisis. His company continued to reduce its bank assets in the third quarter, reducing its stake in Wells Fargo and reducing its investment in JPMorgan by 96%.

Berkshire has reduced its stake in Wells Fargo in recent months after more than three decades of maintaining the bet. He held around 127 million shares at the end of September – a marked change for an investment that was once Berkshire’s largest.

Berkshire also took a $ 276 million stake in T-Mobile US in the third quarter.