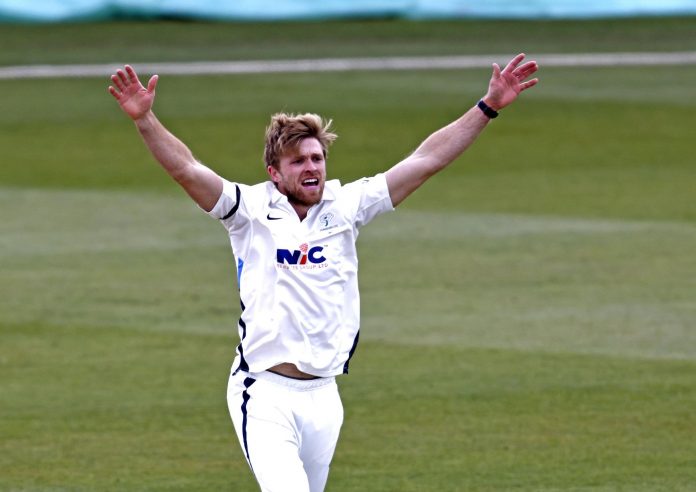 ADAM LYTH scored his second century in as many county championship games as Yorkshire increased his lead to 285 at tea on the third day against Kent at Canterbury.

The southpaw has followed up his 115 unbeaten against Glamorgan at Headingley with a 101 unbeaten in the second inning here.

Lyth narrowly missed becoming the first Yorkshire player since Gary Ballance in 2017 to score two hundred in the same game, having hit 97 in the first inning.

Yorkshire is 171-2 in the interval, which has been taken early to coincide with the Duke of Edinburgh’s funeral.

Yorkshire’s Joe Root during day 2 of the LV = Insurance County Championship game between Kent and Yorkshire at the Spitfire Ground (Image: Max Flego)

Joe Root is undefeated at 35.

On another cold and sunny day in the southeast, blown away by a strong breeze, Lyth hit three offside limits in the day’s first over, thrown by Matt Milnes, after Yorkshire resumed at 6-0.

Lost to his starting teammate, Tom Kohler-Cadmore, with the total of 24, the right-hander outscored Grant Stewart to Jordan Cox on the first slip to go out for three.

Lyth had his coverage momentum working excellently, setting limits in that region of Milnes, Stewart and Darren Stevens as he lifted his 59-ball half-century with seven fours.

At the other end, Tom Loten played well for 21 before being caught lbw by Milnes ten minutes before lunch.

Lyth and Loten added 75 for the second wicket in 21 overs, Loten’s firing brought Root to the fold.

Root now has his highest score of the season after 16 and 13 innings against Glamorgan and 11 in the first innings of this game.

The council is ready to demolish one of the oldest railway inns in the world because HS2 wants to demolish a second historic pub ...