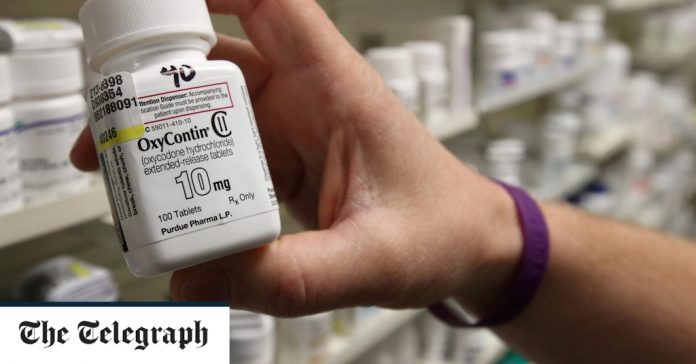 Purdue Pharma to plead guilty to three counts and pay $ 8.3bn (£ 6.3bn) to settle federal inquiries into how it marketed OxyContin, the addictive pain reliever accused of contributing to trigger the opioid epidemic.

The owners of the company, members of the billionaire Sackler family, will pay $ 225 million in a civil settlement, according to court documents and U.S. officials.

The deal resolves the U.S. government’s criminal and civil investigations, according to a case filed in New York bankruptcy court. State investigations can continue.

The regulation is likely to boost Purdue’s efforts to move beyond claims it helped spark an opioid-related public health crisis with its marketing of OxyContin.

However, the company still faces thousands of civil lawsuits from local and state officials, for which Purdue has proposed a separate $ 10 billion settlement.

Governments are demanding reimbursement from Purdue and others for taxes spent on dealing with the crisis, which has led to more than 200,000 overdose and chronic drug addiction deaths in the United States.

A spokesperson for Purdue declined to comment on the settlement. Purdue will plead guilty to conspiracy and other crimes.

In a bankruptcy filing earlier this year, federal prosecutors said they were seeking more than $ 11 billion in criminal fines and civil penalties from Purdue.

The US government says the company has fueled the opioid epidemic with illegal marketing efforts of OxyContin.