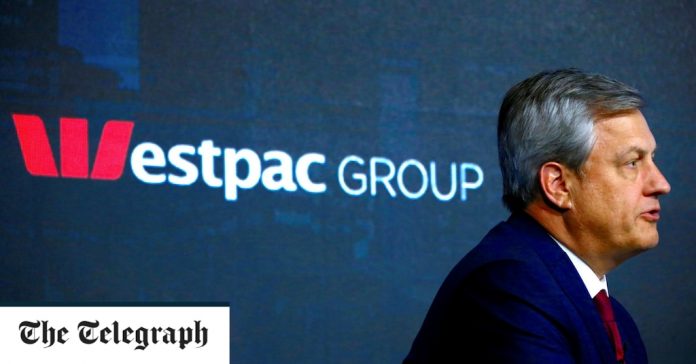 Westpac chief executive Brian Hartzer later resigned over the scandal, handing over to Mr King, the bank’s chief financial officer at the time.

King said on Thursday that Westpac had strengthened its financial crime surveillance capabilities and undertaken a “reassessment of our culture, governance and accountability” to prevent future violations.

“We are committed to continually improving our financial crime standards, complying with our obligations and meeting the expectations of our customers, the community and the regulator,” he said in a statement.

Australia’s largest lender, the Commonwealth Bank, paid a fine of £ 388million in 2018 after Austrac found it failed to report 53,500 transactions.

Australia’s banking sector, one of the most profitable in the world, faces a series of challenges.

The country’s four largest banks – Commonwealth, Westpac, National Australia Bank and ANZ – have been the target of a royal commission which in 2019 denounced widespread abusive practices in the sector.

He revealed that banks charged deceased people and others for no service, used aggressive sales tactics and provided bad advice that resulted in significant financial upheaval for customers.

All of the banks reported significant impacts on their profits by paying back hundreds of millions of dollars to aggrieved customers.