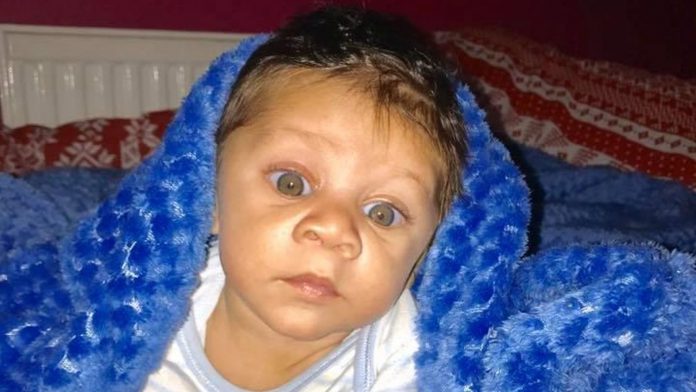 A mother has been jailed after her baby drowned in the bath when she left the room to make a call.

Simone Perry, 27, left Renzo Lake, five months old, unattended in a baby bath seat for several minutes while she texted a WhatsApp to a friend and called on January 27, 2019.

Renzo then slipped on the bath seat in 13 cm of water and drowned.

The mother immediately called emergency services from her home in Northamptonshire and attempted to resuscitate Renzo when she realized what had happened, but he could not be saved.

Perry was convicted of grossly negligent manslaughter at Northampton Crown Court in March and has now been sentenced to 22 months in prison.

While delivering her sentence, Judge Adrienne Lucking QC told Perry: “When the paramedics arrived, you told them that you had left your baby for about four minutes … and that it was your fault.

“Subsequently, you reported the events to a number of doctors, but you failed to tell them about the use of the telephone.

“I’m sure it was because you knew you had let yourself be distracted in an avoidable way.”

The mother initially denied using a phone during an interview with police, the court said.

He said the baby’s death was “completely preventable”.

Expert testimony heard during the trial recommended that children under five should not be left alone in a bath, and warned that a bath seat is not a substitute for adult supervision.

Perry’s defense team had argued that his care for the child was otherwise satisfactory, but that had been a “mistake” in his opinion.