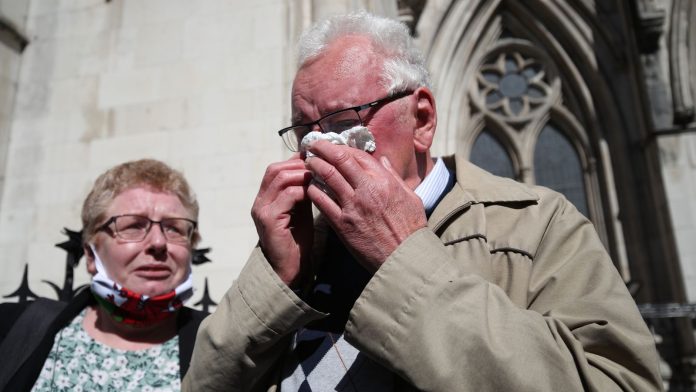 Thirty-nine deputy postmasters who were unfairly prosecuted by the post had their criminal convictions overturned.

The appellants, some of whom had been jailed for crimes they had never committed, had been charged with theft and false accounting due to a faulty computer system.

In court, Sam Stein QC, the lawyer representing several deputy postmasters, said the scandal had turned the post office “into the most untrustworthy brand in the country.”

Between 2000 and 2014, La Poste sued more than 700 deputy postmasters, on average one per week, after a bug in the Horizon computer system led to financial deficits in branch accounts.

He had previously agreed to a nearly £ 58million settlement with 550 deputy postmasters, but most of that money had gone to legal fees and backers.

Paula Vennells, managing director of the post at the time, said in a statement that she was “deeply saddened” by what had happened.

“I am very sorry for the suffering inflicted on them as a result of the convictions that the Court of Appeal overturned today,” she said.

“I fully support and am resolved to cooperate with the ongoing government investigation, as I did with the special committee investigation last year.”

The lawyer who led the civil action called Friday’s judgment an “incredible victory” that could pave the way for more substantial compensation.

“This is something we should all be ashamed of – that it has happened before, but the money will never compensate these people for what happened to them,” said Patrick Green QC.

I welcome the decision of the Court of Appeal to overturn the convictions of 39 former deputy postmasters in the Horizon conflict, a horrendous injustice that has had devastating effects on these families for years.

Lessons should and will be …