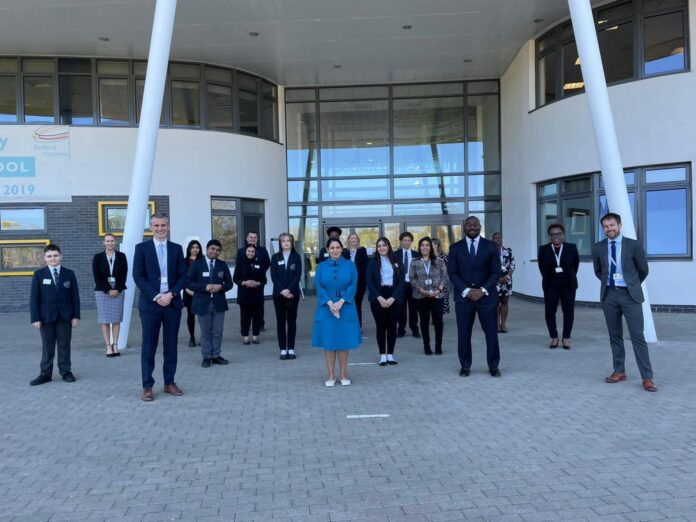 The hotly contested race saw the Bedfordshire businessman triumph after more than a year of campaigning.

Mr Akinbusoye said: “I must also thank Kathryn Holloway [the outgoing PCC]. I know Kathryn pretty well, as do some of you. That she has achieved what she has done for Bedfordshire over the past four years and one is quite remarkable and I have to thank her for her efforts and hard work.

“I also want to thank all the voters in Bedfordshire for their trust and confidence in me. I don’t think I fully understand the full scope of the role, but I think I have enough ideas to be prepared to do what needs to be done to make our residents safer and prevent people from becoming victims in the first place. “

Mr Akinbusoye also paid tribute to his political opponent in the race, David Michael of Labor.

“I know he is a retired Chief Inspector and I thank you for the fantastic job you have done at the Met and for this fantastic campaign as well.

“The success that I hope to achieve as a CCP will only be possible if everyone works together.

“One thing I am absolutely determined to do is to work closely with all Bedfordshire MPs, Local Authority Councilors and the people, as the success of Bedfordshire Police will depend on a united effort of all of us together.

“I am committed to doing all I can to build bridges and make them stronger where they exist.”

The final results, including the second ballot, were as follows:

The overall participation rate was 24.9%.

The total number of votes cast in Bedfordshire was 123,777

See the full results at http://www.luton.gov.uk/electionresults The running of the CPC election in Bedfordshire was a joint venture between Bedford Borough Council, Central Bedfordshire Council and Luton Council, this last being in the lead. Election teams from each authority came together to provide a coordinated approach to the conduct of the election.

Robin Porter, returning officer for the Bedfordshire Police District, said: “Due to the coronavirus pandemic, this is a CCP electoral process like no other. Many people have worked hard, not only over the past two days, but over the previous period to ensure that residents can vote safely.

“I have had the privilege of working alongside highly professional colleagues not only here in Luton but in Bedford Borough and Central Bedfordshire to organize this election. The three teams within the authorities have collaborated extremely well and I am happy to say that despite the challenges it was another successful day for democracy across the county.

The final count took place at Inspire Sports Center and ended at 5:45 p.m.