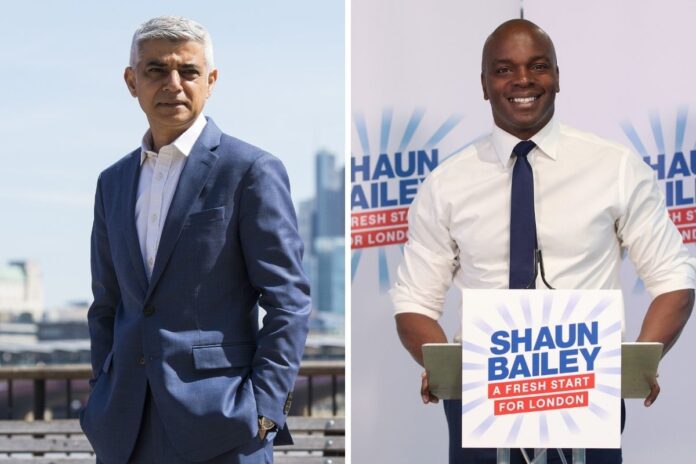 Sadiq Khan currently has a small lead over Shaun Bailey in the early stages of the race to become mayor of London.

While some opinion polls had predicted that Sadiq Khan would win comfortably on first preference votes alone, he is currently only separated from his conservative rival by 1%.

Mr. Khan currently holds 38 percent of the first preference votes, while Shaun Bailey is just behind with 37 percent.

But the Labor candidate is still expected to win when the second preference votes are counted.

Votes are counted over two days, with seven constituencies being counted today and the remaining seven to be counted tomorrow (May 8).

Labor feared that a low turnout in the mayoral election would benefit the Tories, with Sadiq Khan saying on social media yesterday that ‘if you don’t vote they could win again’.

According to constituencies that have so far checked their ballots, the turnout is down slightly from 2016.

Voters will have to wait until tomorrow (May 8) evening or Sunday (May 9) morning to find out who will be the next mayor of London.