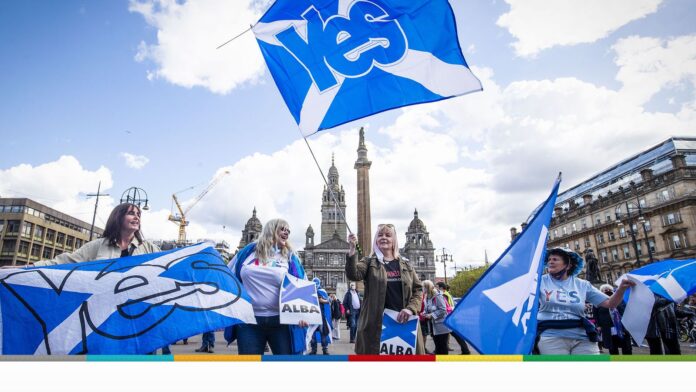 Michael Gove has dismissed a second referendum on Scottish independence as a “massive distraction” as he has repeatedly refused to say whether the UK government will seek to block a possible vote in court.

Appearing on Sky News’s Sophy Ridge on Sunday program, the minister said the SNP’s demand for another independence vote revealed a “skewed set of priorities” as the UK focused on recovering from COVID- 19.

It comes after Nicola Sturgeon said Boris Johnson “will fight the democratic wishes of the Scottish people” if he tries to block another referendum.

Although the SNP fell a seat below the overall majority, the separatist parties will hold the majority of seats in Holyrood.

Asked whether the government would seek to block a second Scottish independence referendum, Mr Gove replied: “No, we are not even going yet.”

He added: “To start speculating on this kind of legislation or this kind of court hearing and everything else, it’s just a massive distraction.”

Asked whether there are circumstances under which the Prime Minister would agree to a second Scottish independence referendum, Mr Gove replied: ‘This is not a problem at the moment.

“Of course the people of Scotland, as we saw in the 2014 referendum, have this right, but it is absolutely important that we now focus on the issues we face.”

Mr Gove said the UK and Scottish governments should “focus on the things that unite us” rather than “constitutional wrangling” over a second independence referendum.

“If we get caught up in a conversation about referendums, constitutions and everything in between then we are distracting from the issues that are most important to people in Scotland and across the UK,” he added. .