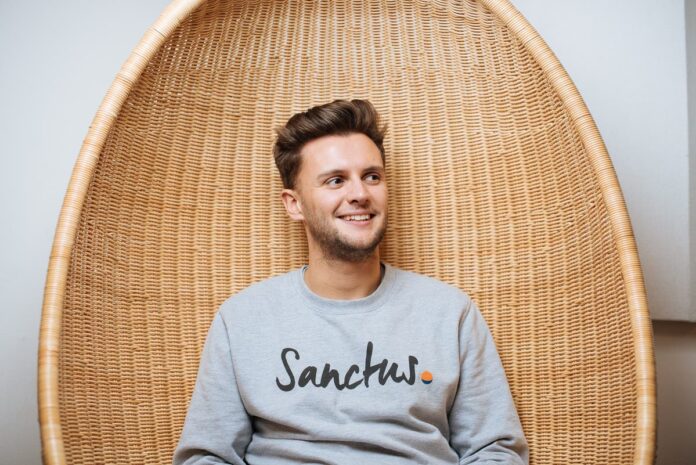 “Starting a mental health business doesn’t mean you have good mental health,” says James Routledge. “I probably thought it would. The founder of Sanctus, which allows people at work to talk about their feelings with qualified therapists, opened up to me about his own mental health issues.

Now 29, Routledge was born and raised in Stoke, which – as he describes it – is (or was when he was growing up) the last refuge of Nordic machismo. “It’s not somewhere where you talk about your feelings. I don’t think I even knew I had feelings. He studied history and politics at the University of Sheffield, “but I was a little bored and wanted to try something different”. So, in his sophomore year, in 2012, he started a sports-related business, connecting people at live events – which took off, raising £ 600,000, and he duly dropped out of school at 21 years old. “The company was born out of the frantic energy of the students,” says Routledge. “But in fact, he didn’t have a clear reason for his existence.”

He adopted the aggressive start-up mindset and uttered all the mantras: “Act strong, move fast and break things.” But inside, he was struggling and had a serious dose of impostor syndrome. “I was afraid of failure. I had told all my friends and family that I was going to make it happen. I knew it wasn’t quite right, but I continued for the next three and a half years anyway. Then he ran into a wall.