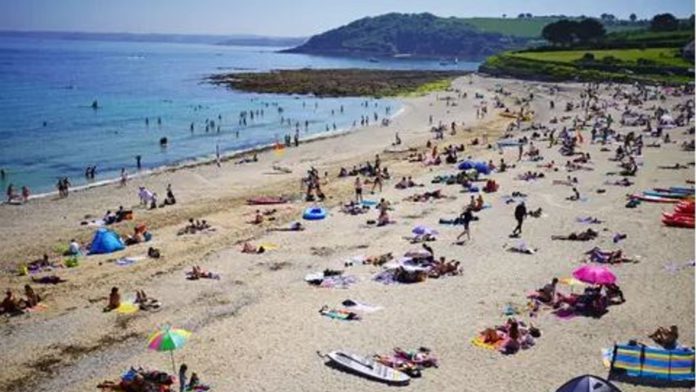 The UK is expected to enjoy warmer weather this week – and today could be the hottest day of the year so far.

Met Office meteorologist Annie Shuttleworth said: “We expect 29C to be the maximum.

“If we see this 29C, it would be the hottest day of the year so far and it would be in the southeast.

“It will be another hot day and it could be just a degree warmer.”

There will be a north-south divide with “very strong sunshine” in parts of England and Wales, but further north it will be cooler with stronger winds, she said.

The Met Office predicted Sunday the hottest day of the year but temperatures barely fell, reaching 28 ° C at Heathrow and St James’s Park in London.

England defeated Croatia at Wembley on Sunday afternoon in sweltering heat at Wembley Stadium, but Scotland’s opener against the Czech Republic at Hampden Park in Glasgow on Monday will be much cooler, with an expected temperature of 14C (57.2F).

However, the hot weather is expected to continue for a few more days before it turns humid, which could disrupt travel.

Some areas could experience “intense thunderstorms” with a risk of flooding, with yellow weather warnings issued for much of England and Wales from 6pm Wednesday until 6am Friday.