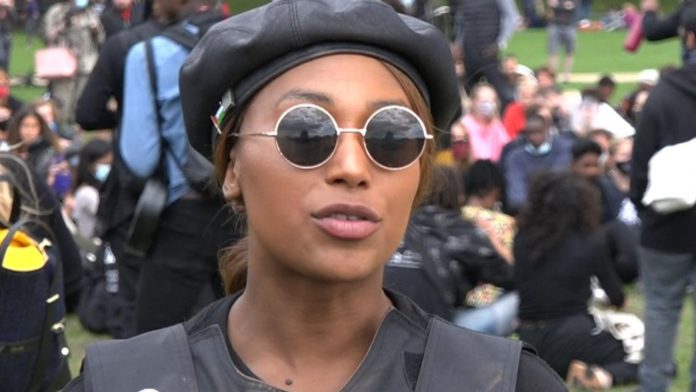 Two other men have been charged with the murder of black equal rights activist Sasha Johnson.

Prince Dixon, 25, of Gravesend, Kent, and Troy Reid, 19, of Southwark, south-east London, have both been charged with conspiracy to murder.

Scotland Yard detectives arrested the two men on Wednesday. They were charged yesterday.

Dixon and Reid have been remanded in custody and are due to appear in Bromley Magistrates’ Court later today.

A total of four people have now been charged with the attack on Mrs. Johnson, 27, at a party in Peckham in the early hours of May 23.

She remains in critical condition in hospital.

Chief Detective Inspector Richard Leonard, who is leading the investigation, said “significant progress” had been made in the past three weeks.

But he urged anyone with information to come forward to help “get justice” for Sasha and her family.

“The investigative team worked tirelessly but we are still grappling with a glaring shortage of witnesses,” DCI Leonard said.

“I know there were at least 30 people there the night Sasha was shot. Someone must have seen or known something that could help us get justice for Sasha and her family.

“Sasha has dedicated her life to a cause close to her heart and it’s disappointing that people don’t feel motivated to help.

“Please come forward. If you know something but want to contact the police, there are ways to give us the information confidentially. “

She recounted how the attack left the family “devastated” and said: “She is currently fighting for her life in the hospital with two …