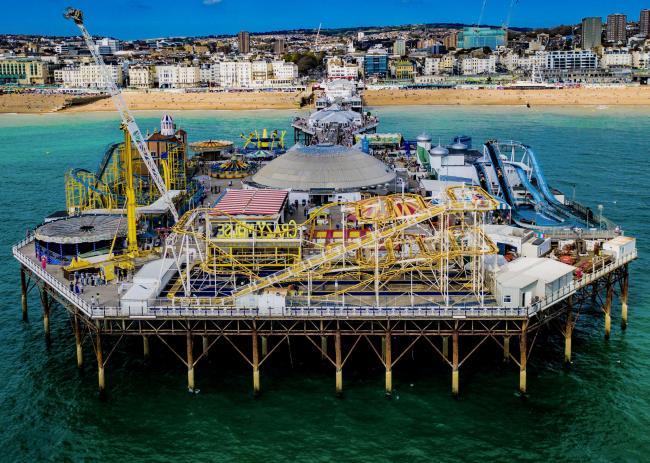 STONEHENGE, Wembley Stadium and even Brighton Palace Pier are some of the UK landmarks that adults have yet to see.

A list compiled by Greene King Inns revealed that Brighton Palace Pier was not visited by 69% of adults.

The Sussex monument, which opened in 1899, ranked 43rd on the list of invisible monuments.

The study of 2,000 adults also found that London sites such as the British Museum, St Paul’s Cathedral and Tate Britain had been seen by less than two-thirds of the population.

The Metropolitan Arts Center in Belfast tops the list, with 95 percent of adults not visiting the site from Northern Ireland, followed by Wales National Pool in Swansea (94 percent) and RSPB Belfast’s Window on Wildlife (94 percent).

Two-thirds of those polled had never visited Stonehenge, while only one in five had applauded Gateshead’s Angel of the North.

A fifth even said they live within five miles of a major attraction or cultural landmark.

However, research has found that many of the country’s favorite holiday destinations are banned this summer, with almost half of adults going to the extra mile to explore the best the UK has to offer.

The full list of UK sites the British haven’t visited is below:

The main British sites that the British did not visit:

Liane Hunt, for Greene King Inns, said that having missed seeing many landmarks before Covid, Britons are ready to take the opportunity to return.

“There is so much to see and do right on our doorstep, and with current travel restrictions, there has never been a better time to explore,” she said.

“When booking a stay, 29% of people say they want to be near attractions, while 21% prefer to be near a pub.

Taxpayers will pay the costs of the pandemic for decades –...