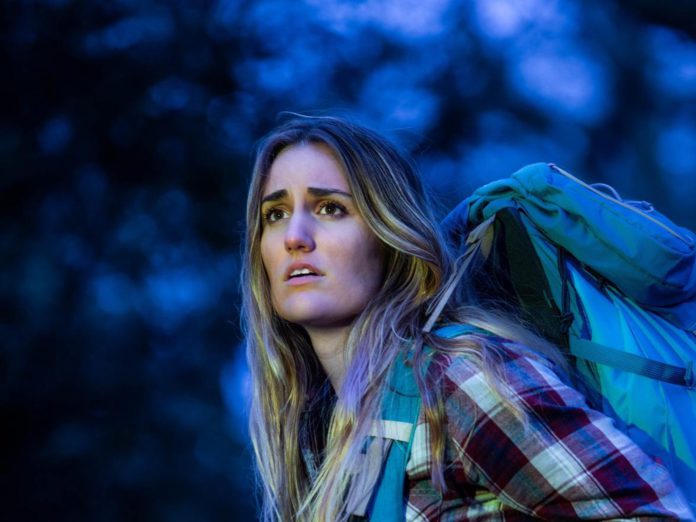 Recreating a drifting and dreamy feeling like navigating space, Airship Dreams: Escapeing Gravity explores a fascination with airships and the human desire for progress, adventure and the unknown.

The exhibit is part of a project exploring Bedford’s identity as the historic center of the British airship industry, past and present. By the 1920s the airship was seen as the future of aviation and Bedford’s role as the UK’s world airship hub seemed certain.

The giants Cardington Sheds, just outside of Bedford, housed the R101, which at the time was the largest airship in development.

However, the ambitious Air Minister Lord Thomson determined that the airship would have to sail before it was fully ready and on the night of October 4, 1930, the R101 crashed en route to Karachi. Some 48 men died, including Lord Thomson.

It was the end of the UK airship program and Bedford’s airship dreams.

Museum audiences will experience an immersive audiovisual work of art and a newly composed symphony that rises and falls as a metaphor for the life of the R101 airship.

The public enters a “sculptural space”, the video projection filling one wall of the gallery. The choral voices combine with a sound reminiscent of airship engines and the wind, aiming to create a mythical and meditative journey, as if you were navigating an imaginary space on the R101.

“Fragile is the kind of show that will remind you of what it’s like to be human,” says Agustina Dieguez Buccella, who presents the solo performance.

“The audience will think, cry, laugh, see themselves up there and go home feeling that they have discovered something new in them,” she adds.

The story, based on real life experiences, follows an independent and strong woman who, in a dangerous and deadly situation, is afraid of being vulnerable and admits that she needs help.

She tries to keep the appearance of power until she realizes there is nothing wrong with being fragile.

Agustina was born in Argentina and moved to London in 2018. After graduating as a lawyer, she decided to change careers and pursue her passion for theater.

Fragile is presented as part of the Bedfringe festival.

After a sold-out show at Bedfringe 2019, magician David Alnwick is back with a new kind of show – a ghost story magically told.

“Part of the show is a game, part of a magic show, all scary,” says David.

“I was really inspired by ‘A Woman in Black’ and wanted to create a one-person ghost story show. There are other actors involved, but you won’t see them.

“I’m very lucky that the magic translates well into online shows, and I still got to play a bunch even though it was from my own living room, but now I can’t wait to get back on stage. “

This will be David’s first in-person performance since the lockdown and it promises both magic and fear.

He says, “Magic doesn’t always have to be amazing – it can also be scary and it can tell a story.

Inspired by Shakespeare’s The Tempest, This Noisy Isle will take audiences to a strange and magical new world this summer.

The audience will lead their team over rough seas, meet mysterious characters, and solve puzzles to search for a new home and find their place.

Families will build a lair with Caliban, learn magic tricks with Prospero, and sing and dance with Ariel on an exciting mission to learn how people fit into new countries with new languages.

The show is aimed at children from 7 to 11 years old.

After giving sold-out shows from California to New York and Nashville to London and Glasgow, Okeefe shared stages with legends including Kris Kristofferson, performing for a crowd of 10,000 at Kenwood House in London in celebration of the birthday of the iconic songwriter.

He has also performed with Ramblin ‘Jack Elliott, Alison Krauss, and Rufus Wainwright, among others.

Additionally, he joined Bernie Sanders for a ‘virtual town hall meeting’, and he appeared at protest events, helping to bring attention to the Black Lives Matter movement and the site of the tragic tower fire. Grenfell in 2017 in West London, where he performed an original song recounting the heartbreaking event.

Okeefe, who is originally from Brighton but now lives in Nashville, has won coveted seats at major musical events on both sides of the Atlantic including the Woody Guthrie Folk Festival, Black Deer Festival and Glastonbury Festival in the summer 2019, at the invitation of Billy Bragg.