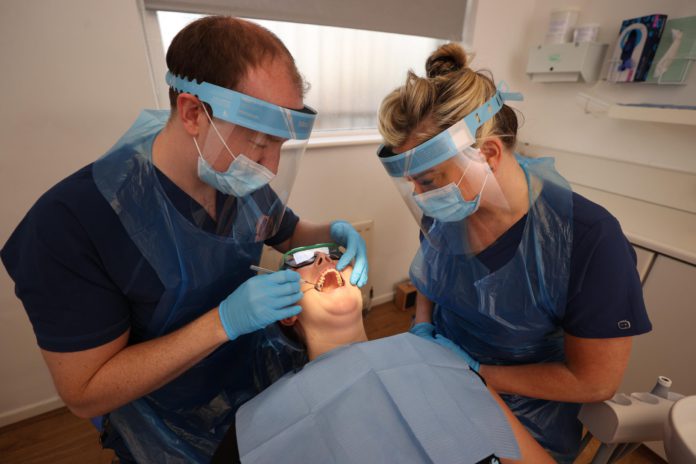 People in urgent need of a dentist have been told they could seek treatment if they become private, an oversight official told health chiefs.

The anecdotal information was shared by Frances McCabe, who chairs Healthwatch Brighton and Hove, and echoed by Labor adviser Clare Moonan.

They spoke at a meeting of the Brighton and Hove City Council Health Oversight and Review Committee, chaired by Councilor Moonan. She said the allegations were too common to dismiss.

They shared their concerns with NHS Senior Director Mark Ridgeway, who works for NHS England and NHS Improvement, which commands dental services in the South East.

He spoke about the services and challenges facing the practices during the coronavirus pandemic.

Cllr Moonan said she and other counselors have been contacted by people who have not been able to get treatment despite the pain.

When people called the dentist they were asked if they were an NHS patient before they got a response.

Cllr Moonan said: “There is a perception that many practices prioritize private patients and NHS patients have been placed at the back of the pack.

“It’s a perception, but it’s the kind of comment that comes to us as advisers.”

She asked if Mr Ridgeway was aware of the problem and if an audit could be done, as NHS dentists received part of their payments to cover their basic costs.

Mr Ridgeway had heard similar stories but said the NHS had no jurisdiction over private work.

Ms McCabe said the evidence could be anecdotal, but it was “recurring anecdotes” about people who needed dental appointments and had to pay privately.

She said people who thought they had urgent issues were told it was not a serious case or that resources were not available.

The committee was informed that the capacity had been reduced because dental surgeries left an hour between patients. This involved reducing the level of aerosols in the air generated by the procedures, minimizing the number of people in waiting rooms and allowing staff to change their PPE.

She said: “I can see there is a perverse incentive, almost, to suggest if you have extra capacity to go with private patients.”

Ms McCabe said dentistry ‘comes out on top’ when it comes to complaints about NHS services shared with Healthwatch.

She said it was an equality issue for people who could not afford to pay and that commissioners should look into whether people were receiving treatment from the NHS.

Mr Ridgeway said if NHS dentists did not meet their supply threshold of 60% of their required treatments – reduced due to Covid restrictions – then the money would be clawed back.

He said, “We are constantly reinforcing the messages and recording the anecdotal complaints we receive to create a picture of individual issues that we may be attempting to resolve.

Councilor Alistair McNair requested that dentistry be a regular item on the agenda. Cllr Moonan agreed it would be helpful and asked Mr. Ridgeway to report back to the committee next year.