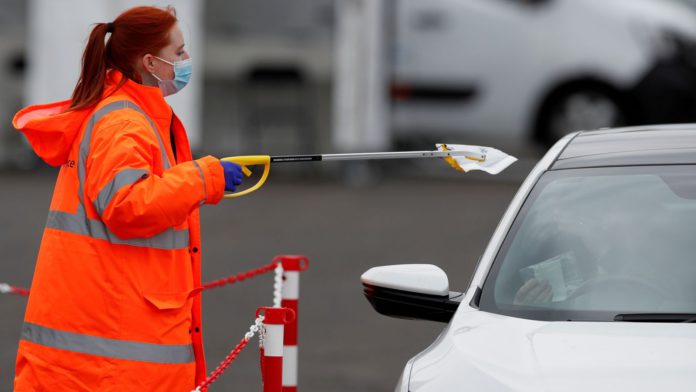 The UK has recorded 39,906 new cases of COVID-19 and 84 additional coronavirus-related deaths in the last 24-hour period, according to government data.

The number of cases is down slightly from last Thursday, although the death toll is up 33% from last week.

By comparison, 44,104 new infections and 73 deaths were announced on Wednesday, and 48,553 cases and 63 deaths were reported around this time last week.

According to the most recent data, hospitalizations are also on the rise.

Since the start of the pandemic, a total of 128,980 people in the UK have died within 28 days of testing positive for COVID-19.

Paul Hunter, professor of medicine at the Norwich School of Medicine at the University of East Anglia, said Thursday it was the first time the number of reported cases was lower than on the same day the previous week since early May .

“They represent an 18% drop. Additionally, the weekly percentage increase in cases has gone from a peak of 43% last Sunday to just 24% today.”

But he added that it is still too early to say if cases are slowing down.

He said: “It is still too early to see any impact from the Monday 19 relaxations and part of the reduction in cases will be due to the fact that many children are no longer tested as regularly now that schools are closed.

“I would like to warn that this may just be a temporary slowdown in reports before we start to see a return to exponential growth towards the end of next week due to the end of the week restrictions. last “.

Professor Hunter said we won’t know for sure if the third wave runs out of steam until August 9 – three weeks after so-called ‘Freedom Day’.

“But there are some positive signs. If you look at the development of the Delta epidemic since early May, it was clear that the rate of increase in cases was already slowing in June,” he said.

The best small portable barbecues to buy this summer, tested and...