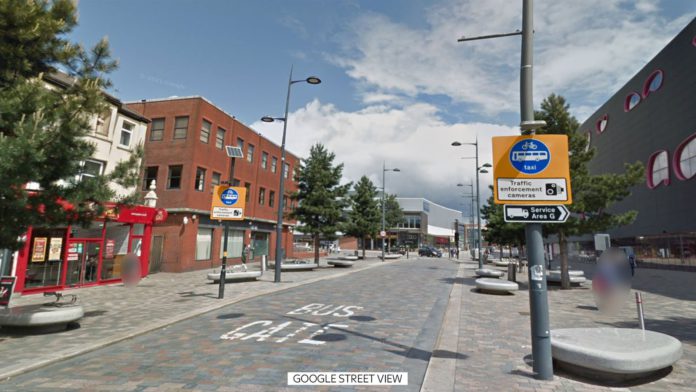 Three people have been arrested after two police officers were slashed in West Bromwich in the West Midlands this morning.

The couple were attacked after approaching two suspiciously acting people in the New Square shopping center just before 11:30 a.m.

The police suffered “sharp wounds” which are not considered life threatening.

However, the couple were taken to hospital for screening, police said.

Sandwell Police Chief Superintendent Ian Green said: “Fortunately both officers were slightly injured, but are understandably shaken by today’s incident, as I’m sure other officers and staff are, as are our communities.

“We had special powers authorized to carry out additional patrols in West Bromwich town center following an increase in violence in recent days as our priority is to protect you.

“We continue to do all we can to reassure our communities and arrest people who think it is okay to carry or use weapons.

“There will be an increase in patrolling in the area and Section 60 powers will continue until 10pm tonight. We’ll share the details later on social media.

“A CCTV trawl is underway and a number of witnesses are questioned.

“We will support our colleagues throughout their recovery – and others affected by what happened this morning – and the ongoing investigation.”

A spokeswoman said: “Ambulance teams arrived to find two male police officers with non-serious injuries. They were treated on the spot before being taken to hospital by land ambulance for further checks.”