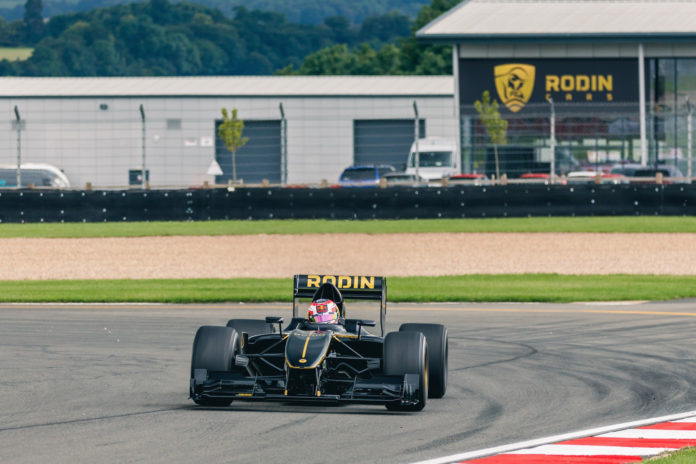 A Rodin FZED single-seater track car has been driven for the first time in the UK at Donnington Park, as the company continues to develop a UK-based 5,000 m² ‘customer facility’ on the same track. This will eventually be able to display the company’s two cars: the existing FZED and the future FZERO.

Specific details on the latter are still scarce, but we do know that it is an enclosed cockpit track car that is proving popular with potential customers, receiving 10 to 15 inquiries per week.

Despite its name, the FZERO is not an electric version of the FZED. Instead, it will run on a 4.0-liter V10 ICE engine developed by Neil Brown Engineering in Spalding, with a first boost session scheduled for late August.

However, Rodin’s engineering, test and build facilities will remain largely based in New Zealand, where the team recently installed the world’s largest 3D printer.

Although Rodin continues to develop the FZERO and ultimately aims to build 30 cars per year, the FZED will continue to be sold. The latter is equipped with a Cosworth 3.8-liter V8, producing 675 hp and 361 lb-ft, in a car weighing only 609 kg.

Despite the high outputs and the 10,000 RPM redline, Rodin says the Cosworth is capable of going 3,100 miles between rebuilds.

The British showroom is also an opportunity for Rodin to demonstrate his assertion according to which, despite appearances, the FZED is not a delicate car to drive, which David Dicker, CEO and founder of Rodin, insisted on underlining: “ After years of development and thousands of miles of testing at Rodin’s own circuits in New Zealand, we have established the Rodin FZED as one of the fastest open wheel racing cars in the world. More than that, we’ve also made sure it’s easy to ride, giving amateur drivers a real taste of top-level open-wheel motorsport.

Red Bull Junior Liam Lawson gave the car his first test in the northern hemisphere. The 19 year old F2 and DTM driver is also from New Zealand, so he has previous experience with the FZED: “It was great to be back in the Rodin FZED. I had forgotten how fast the car is, but I immediately felt comfortable and realized how manoeuvrable the car is to drive close to the limit. I didn’t want to stop and almost did more laps than I was allowed to do.

The closest thing to F1? At the wheel of Rodin’s 675 hp FZED