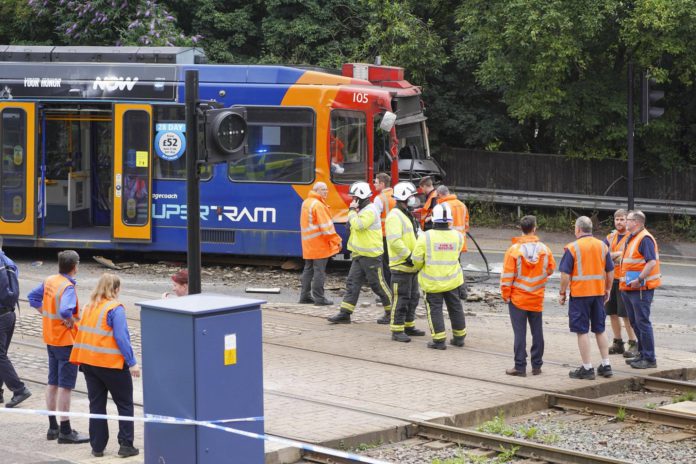 Police say a 60-year-old man from Sheffield has been reported for failing to stop at a traffic light, driving without caution and attention and driving with an unsecured load.

The woman, in her twenties, was rushed to hospital with minor injuries.

A number of tram passengers also received medical treatment on the spot.

Motorists are advised to avoid several roads which are now closed to allow the investigation.

However, the promenade remains open to traffic.

Stagecoach Supertram, in its update, said there was a continued disruption of its services to Parkgate, Woodburn Road-Middlewood and Sheffield Station while investigations into the incident are ongoing.

Tickets are valid on buses in affected areas and other routes continue to operate normally, but all services are still subject to disruption.

In a latest update from Twitter, Stagecoach said the service disruption remains on its yellow route.

The tram line to and from Meadowhall, in particular, also remains closed for the time being.

Instead, members of the public are encouraged to take the bus to their destination.