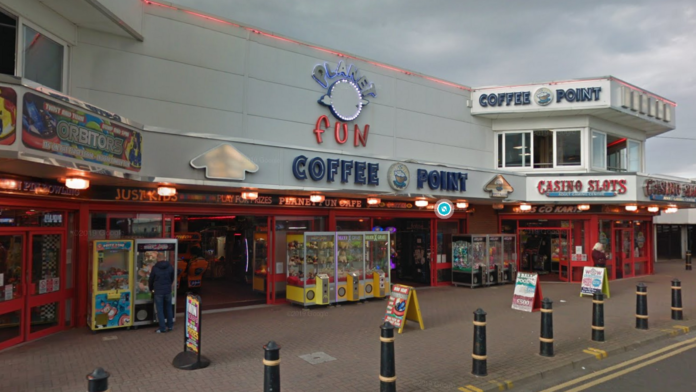 Four children were taken to hospital after a fun fair collapsed in Northern Ireland.

Emergency services were called to Planet Fun in Carrickfergus Harbor, in Co Antrimshortly before 6 p.m. to report that one of the rides had collapsed.

Three children were taken to the Royal Belfast Hospital for Sick Children and one child was taken to the Antrim region hospital, but their injuries are not believed to be life threatening.

Eight others suffered cuts and minor injuries to their legs and back and did not require hospital treatment.

A section of the seats of one of the runners detached from the main structure and the occupants was thrown into the air, the Belfast Telegraph reported.

Four emergency teams, a rapid response vehicle and an ambulance arrived at the fairgrounds to deal with the incident.

The air ambulance was also dispatched to the scene.

The fairgrounds closed for the remainder of Saturday evening, with a spokesperson for the attraction saying “all tickets will be automatically refunded.”

In a statement, the park said: “Please note that due to unforeseen circumstances Planet Fun will be closed tonight for the 7:30 pm-10:30pm session.

“All tickets will be automatically refunded. Further updates will follow.”

East Antrim MP Stewart Dickson said he was “concerned” about the reports but understood that no one had suffered serious injuries, adding that he hoped “that continues to be the case”.

He said: “Following this, it is now important that the Health and Safety Executive (HSE) and the Mid and East Antrim Borough Council conduct a thorough investigation into the circumstances of what happened.”