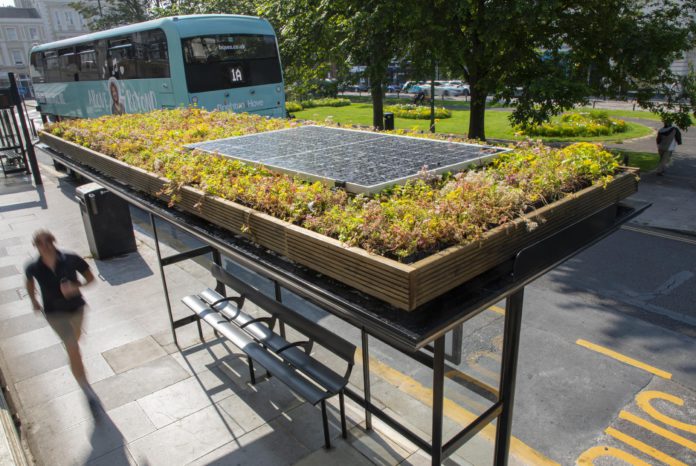 A NEW green bus shelter has officially opened, becoming the first of its kind in the south of England.

The solar-powered shelter is located in Palmeira Square in Hove.

The Living Roof bus shelter, also known as the Bee bus stop, has a roof planted with a mixture of wildflowers and sedum plants, rich in nectar and a favorite of bees and other pollinating insects.

In addition to helping pollinators, the shelter also absorbs rainwater, supports the city’s biodiversity, and is powered entirely by solar energy.

It is equipped with an intelligent lighting system, which only turns on when a passenger is present to further minimize its impact on the environment.

All parts of the new shelter are fully recyclable and it has been paid for, installed and will be maintained by Clear Channel UK, which maintains the city’s bus stops.

“We all know there has been a serious decline in biodiversity and in insects,” he said. “And the green roof of this bus stop is a perfect way to give nature a break.

“But this also applies to humans – pollinating insects are a key part of the food chain, so much of what we eat depends on pollination.

“The Bee bus stop is just another example of how we work to improve the city’s biodiversity, climate and air quality throughout the year. I would really like to see a lot more in the city. 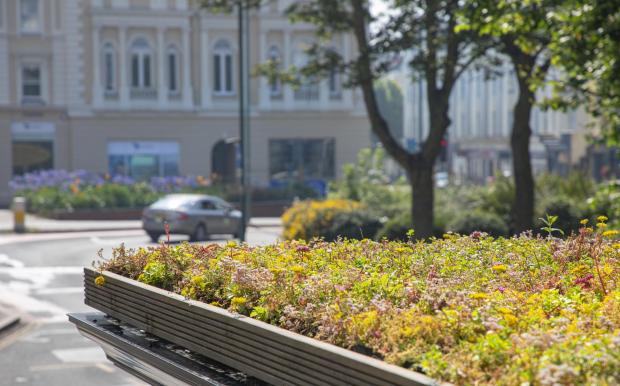 Clear Channel chief executive Will Ramage said he hoped the refuge could inspire more advice in the future to follow suit.

“For many years the country has looked to Brighton and Hove City Council for inspiration on how to become more environmentally sustainable,” he said.

“We would love to see the living rooftops in every city in the UK and Europe have a tangible and positive effect on our planet.

The installation of the Bee bus stop follows a petition launched by Yazmin Muir, a resident of Brighton and Hove, who called for Bee bus stops in the city after seeing Clear Channel Living Roofs in Utrecht, the Netherlands .

The petition has been signed by nearly 50,000 people.

Yazmin said she was blown away by the response to my petition.

“When I first saw one in the Netherlands, I was so impressed with its efficiency and creativity and wanted to see more of it where I lived,” she said. “I think they should be everywhere.

“I love living in Brighton and Hove and the more we can do to support the environment and the sustainability of the city the better, and that’s another big step.”