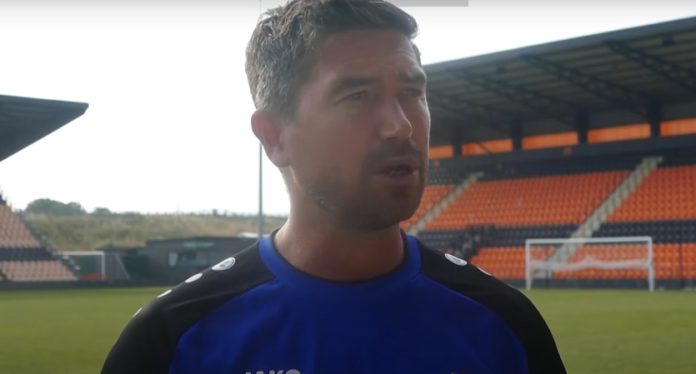 Barnet boss Harry Kewell hopes to make improvements to his squad ahead of the next National League season, with the aim of strengthening and increasing competition for places.

The Australian said he was happy with his team’s performance in the pre-season but said he wanted his players to fight for their place once competitive football resumes next month.

“I don’t just want to bring a lot of quality, but we also want to bring in people who can take on challenges,” he said in an interview with the club.

“We have another player Mason Clark, who can challenge me and I want the players to compete because I think if you compete it gets the best of you because you know if you’re not doing your job or you are.” sleep, then you are just withdrawn and the other person comes in and has the opportunity. ”

Kewell hopes that playing against teams from higher divisions his team will be better prepared for the next campaign.

“The idea behind playing in quality clubs is again to get your physical shape, but you also get your mental toughness,” he said.

“You learn how long you can focus, and it’s a whole different style of fitness, and that’s what I want my team to do when we go into games, and I want them to know that we can handle that.

“Remember we are up against a championship team. Not only that, but a Championship team that started two weeks before us, has quality players and great movement.

“From Darren [Ferguson] did a fantastic job, you can see the quality they have.

“At the time, I had to tell my players that I thought they, for the first 10 minutes, looked a bit like rabbits caught in the headlights, but after that we got into the game, and we had the air and we felt comfortable.

“We were disappointed with the goals we gave, but it’s something we have been working on. We’re still learning, it’s our third week, so we still have four weeks left.

“I thought it was a superb effort.”