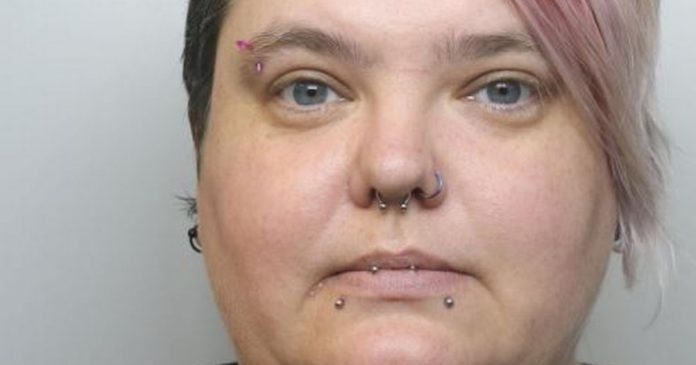 A woman suffering from a mental health crisis forced her husband to drive her at police knife threat after assaulting two police officers in two days.

Maria Hughes had given up her meds and turned to cannabis when she was feeling unwell and wanted to be arrested, Bristol Crown Court has learned.

The court heard that for two days she assaulted two police officers and armed herself with the blade.

The 38-year-old man, from Manor Road in Weston-super-Mare, pleaded guilty to assaulting a rescuer on June 30 and July 1, as well as possession of a knife in a public place.

The court heard that she had previously been convicted of assaulting a rescuer.

The Recorder of Bristol His Worship Judge Peter Blair QC jailed her for 29 weeks.

He told Hughes he sympathizes with her in light of her diagnosed emotionally unstable personality disorder.

But he told her he had a public duty to mark assaults on police with serious penalties.

When the police arrived, they found an abusive Hughes, who told them to “F-off” and threw them a drink and a plate.

The court heard that she had left for some fresh air and had thrown garbage cans in the street.

Mr Russell described how, when a police officer blocked her path, she pushed his chest, causing him to trip back.

In an interview, Hughes, apologizing, told police she had smoked cannabis and got angry.

The next day, police received a call from Hughes’ husband.

Mr Russell said: “Ms Hughes forced him at the threat of a knife to go to Bridgwater Police Station.”

Police saw the couple arrive and pull over.

Mr Russell said: “Mrs Hughes got out of the passenger side and her husband got out,

“She carried a knife in her right hand.

“She was challenged with a Taser and dropped the knife.

Hughes was arrested and handcuffed, the court heard.

When her restraints were changed, she punched her fist, missing an officer, before injuring an officer’s knee.

She told police her mental health had deteriorated over the past two or three days.

A remorseful Hughes admitted to having a knife but said she wanted to be arrested and detained and forced her husband to take her to the police.

“She wanted help and didn’t know any other way.”

Miss Kamal said her client stopped taking mental health medication after a doctor’s advice and was trying to cope with cannabis.

The court heard that Hughes had the knife to show her husband, a Reverend, how desperate she was and had no intention of using the blade.

Get the best stories about the things you love most curated by us and delivered to your inbox every day. Choose what you like here (Somerset)