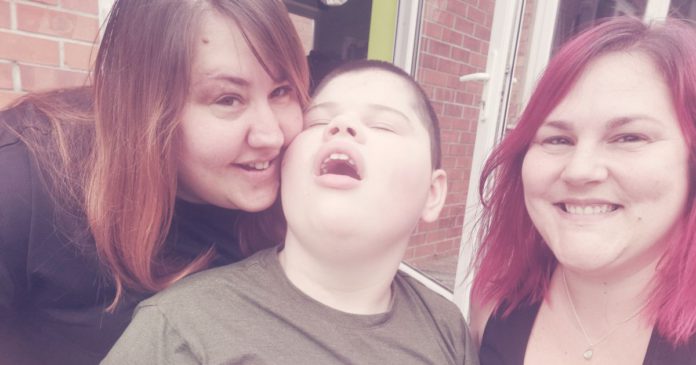 A Somerset mother praised the support she received from a hospice while caring for her child with complex care needs before and during the coronavirus pandemic.

Samantha Horn-Considine has been forced to quit her job and take full-time care of her 12-year-old son Lewis in the past year.

Marston Magna resident Ms Horn-Considine first visited Charlton Farm South West children’s hospice in Bristol with Lewis when he was six months old and has been there ever since.

READ MORE: ‘I don’t think I’ll ever be right’: Somerset woman claims she was ‘a scam’ out of thousands

She described how the pandemic put additional pressure on her family as she was unable to make it to the hospice for respite care.

The hospice typically offers families 14 nights a year, during which Ms Horn-Considine and her partner were able to recharge their batteries while Lewis was in the care of staff, describing the hospice as a “safe haven”.

She said, “It’s like home. I would book a year in advance because that’s how much I rely on my respite.

Get Somerset’s Biggest Stories straight to your inbox, click here.

“I tend to sleep when I go – they must have called me for lunch and dinner and it’s also a time when I can take my other two boys out for a day.”

Ms Horn-Considine said they were especially supportive when she previously suffered from a mental health issue that took months of therapy to recover.

Palliative care during the pandemic was limited to phone calls and occasional full PPE home visits, which Lewis struggled to understand at first.

Ms Horn-Considine said: “I called them crying and they were always there. They ring and check in, they send e-mails. If I ever needed anything they help me as much as they can – even little things like Easter one of the staff came to bring Easter eggs and chatted outside . It’s the little things that make such a big difference.

“I was stressed, I was trying to do everything and they are there on the phone. They have been a shoulder to cry on.

Their continued support prompted Ms Horn-Considine to co-host a Yeovil event for families with her sister Cheryl Kelloway to raise money for the hospice.

“I was stressed, I was trying to do everything and they are there on the phone. They have been a shoulder to cry on.

The event, which has been held over the past six weeks, will see raffle prizes, a bouncy castle and archery as well as a number of stalls providing family fun.

Ms Horn-Considine noted that a number of other local families who also use Charlton Farm’s services, or have done so in the past, have volunteered their time to help with the event.

A number of businesses in Yeovil and the surrounding area also provided support through raffle prizes and sponsorship.

Ms Horn-Considine and Ms Kelloway hope to make the event an annual rendezvous, with a number of companies having already pledged to support next year.

Ms Kelloway said: “We are very grateful and grateful for such an amazing team at Charlton Farm and for everyone’s support. People really came together and helped in any way they could.

They set the entrance fee at £ 1 for adults and 50 pence for children to make it an accessible day for all families with food, music, children’s entertainer, performances, glitter tattoos and paint.