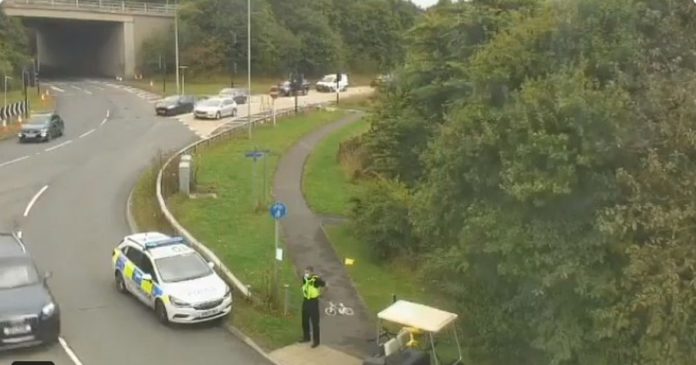 Two young people, aged 12 and 15, have been arrested on suspicion of burglary after a stolen golf cart was left by the side of the road in Gateshead.

Shortly after noon on Wednesday police were called to the golf cart on the A167 roundabout exiting the A1 south towards Birtley.

The A167 Durham road was partially blocked and traffic became congested as police attempted to clear the road.

It is alleged that two young people entered the grounds of a sports club in Gateshead on Tuesday evening and fled with the stolen vehicle.

A Northumbria Police spokesperson said: “Police received a report of a golf cart stolen from a sports club in Black Lane, Gateshead on Tuesday August 31st.

“At around 10 pm, officers went to the scene where a group of young people entered the park and stole the vehicle.

“The buggy was then located near the Kibblesworth area and two young people – 12 and 15 – were arrested on suspicion of burglary.”

For crime news in your area delivered straight to your inbox every day, go here to sign up for our free newsletter.