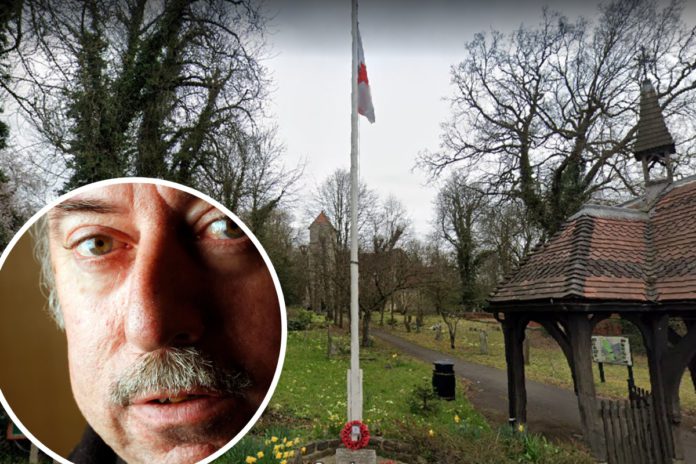 Well, here we are already in September and summer is melting away at top speed. Is it my imagination that when you were a child, school holidays lasted for centuries but that when you get old, time flies? Anyway, no doubt Christmas products will soon be on store shelves, such is life.

Today my column is a bit of a medley, which is another way of saying I just couldn’t make up my mind. It’s not easy to write a new article every week for 44 years, but I’m always encouraged by the feedback I get from readers online and in person. If anything, it proves that nostalgia never dies.

If you live anywhere near All Saints Churchyard in Harrow Weald, have you ever visited the grave of a once famous movie star and the first British actor to win an Oscar. No one remembers him today, but George Arliss took Hollywood by storm in the early days of the Talking Movies, which is incredible for a then aged London stage actor. His signing role was playing Disraeli, which won him the Oscar. He was hired by Warner Brothers to add to their roster of upcoming stars like Edward G Robinson and James Cagney.

Legendary actress Bette Davis has always credited George with giving her a break from the movies and boosting her career at Warner Brothers. Incidentally, Bette made two films at Elstree Studios called The nanny and The birthday in the 1960s and stayed in a house near Barnet Lane. One of her co-stars in the latter was Christian Roberts who told me that she fired the first director and that some of her lines would be cut. Christian made his debut in the movies by supporting Sidney Poitier in the classic to sir with love, about a tough East End school in the 1960s. Lulu had success with the theme song and appeared there as well.

Many famous names lived or stayed at Barnet Lane in Elstree in the 1960s. Stanley Kubrick had a big house there and once asked me not to give his address as moviegoers tended to come. Sophia Loren had her jewelry stolen from the property of the long-missing Norwegian barn while doing The millionaire at MGM in Borehamwood. Decades later, a national newspaper published an article about the man who claimed to have committed the theft. This angered the real burglar so much that he came to Borehamwood Police Station and admitted to the crime, but no action was taken as had been the case so long ago. I met him at the station and he looked like a nice boy.

At that time, I was helping the police as a suitable adult and lay visitor and role-playing at their training school in Hendon. The latter was amusing as I described a pub brawler, a prison guard handcuffed to a prisoner and held hostage on top of a double-decker bus and a drunk driver, not to mention a High Court judge . Growing up in TV series like No hiding place, Dixon’s Dock Green and Z cars, which all had memorable themed tunes unlike today’s crime dramas, it was very easy. As a judge I sat in their mock court in front of the cadets and had to listen to an imaginary court case regarding a burglary. The coaches expected me to find the person innocent or give a light sentence, but instead I produced a black handkerchief and sentenced the caddy to death with the appropriate words I remembered. of those old movies. The cadets who were all watching cheered and clapped and I was not invited back except at their fainting parade. That was well over 30 years ago, so I guess they’re all retired now.

As fall approaches I’m going to sit back and watch those old black and white TV shows and wait for a call from Hendon Police College if they need me to pick up the role play again, maybe now as a rampaging retiree or an elderly judge. may say “you will be taken out of this place and put in stocks where the general public will bombard you with rotten eggs and see what your street credit looks like after this”. Until next time, as Shaw Taylor said in Police Five, “Keep your eyes open” and if you remember, I salute you as the RAC and AA patrol bikers would if you had their badge on your car.