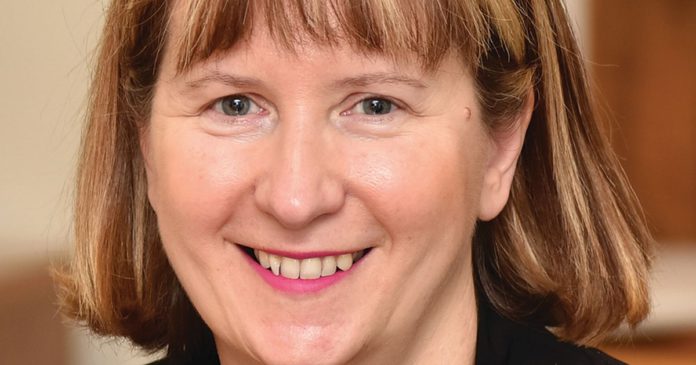 Pam Smith is set to take over the post of first civic center from Pat Ritchie, who is leaving, it has been confirmed.

Ms Smith is from Stockport Council in Greater Manchester, where she has served as chief executive since 2017, subject to her appointment being approved by councilors this week.

The new boss said she was “really proud to have had this opportunity to work on a council with a great track record in a fantastic city”.

She added: “Newcastle is a city with an incredibly rich history, a proud community and huge potential, and I can’t wait to get started.

“I am delighted to be a part of Newcastle’s future and look forward to helping the city recover strongly from the pandemic so they can look to the future with optimism. I want to work with colleagues, residents, businesses and partners to provide opportunities for people of all generations and to create a safe and welcoming city with a clean and green environment.

His appointment is expected to be formally ratified at a plenary council meeting on Wednesday evening.

The local authority has confirmed Ms Smith will be paid an annual salary of between £ 172,753 and £ 188,948 in the council’s highest paying job.

Previously, she was Managing Director of Burnley Council and worked for human resources consultants AdviserPlus, while being responsible for climate change, aging and equality programs at the Greater Manchester Combined Authority.

City Council chief Nick Forbes said Ms Smith had a “clear passion for Newcastle” and would help develop plans to make the city carbon neutral by 2030.

The Labor leader added: “Pam will join us at a difficult but exciting time for Newcastle and the North East. In addition to guiding us in our recovery from the Covid 19 pandemic, she fully understands how important our plans to achieve net zero carbon emissions are to our economic future.

“She has a strong track record of working in partnership, including as a leader in the green economy in Greater Manchester, and this knowledge will be essential as we move into the next phase of our work to tackle the climate emergency.

“In addition, I would like once again to express my sincere gratitude to Pat Ritchie during his last days on Newcastle City Council.

“She has served with tremendous integrity and determination since her appointment in 2013, and can be sure that she leaves both the City and the Council in a stronger position than when she started out. I know Pam will build on Pat’s legacy, build on her accomplishments, and bring new direction to the work at hand.

Ms Ritchie announced this summer that she would be stepping down from her post on city council, after being in charge for eight and a half years.

She had planned to quit work last year, but stayed on to guide the city through the struggles of the Covid pandemic.

The Scotswoman is due to leave the Civic Center on Friday, October 15, although her full-time replacement is not expected to take over until January.

New boss expected to take over at Newcastle City Council as...