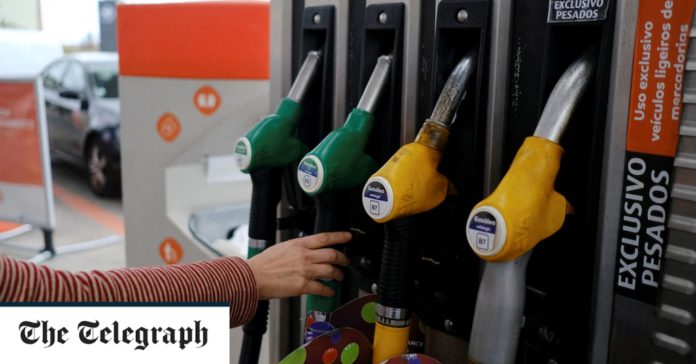 Oil prices climb for the third straight session as EU countries continue to weigh an embargo on Russian supplies ahead of a meeting with US President Joe Biden.

With the conflict in Ukraine showing few signs of abating, Brent rose more than 3% to around $111 a barrel on Monday, with traders betting the market would remain tight.

It comes as a reduction in fuel duty was reported by Boris Johnson and Rishi Sunak as they seek to ease the cost of living crisis facing families in the spring statement.

It comes as EU governments consider an oil embargo against Russia or its invasion of Ukraine, on top of a series of punitive sanctions already imposed.

They had previously backed down from such a move, but Baltic countries, including Lithuania, continue to push for it, according to Reuters. Biden is due to arrive in Brussels for a NATO summit on Thursday.

1) The government attacks the “cartel” of large real estate developers The upgrade secretary has opened a new front in his war with homebuilders amid a row over building safety.

2) M&S chairman warns of rising prices The retailer’s chairman said clothes and food would become more expensive after the war in Ukraine drove up energy costs.

3) Chancellor breaks with Cabinet colleagues in P&O freeport row Rishi Sunak says the involvement of the parent company of the Dubai-based ferry company is separate from the layoff fury.

5) Russia faces a new default test Despite payments made last week, Moscow still has $40 billion in bonds outstanding and major payments are approaching.

Asian stock markets started the week in a sober mood on Monday as fighting in Ukraine raged with no signs of stopping, leaving investors clinging to hopes of an eventual peace deal.

Investors were also eagerly waiting to see if Russia would face more interest repayments this week. It has to pay $615 million in coupons this month while on April 4, a $2 billion bond is due.

MSCI’s broadest Asia Pacific ex-Japan equity index was flat. The Japanese Nikkei was closed, but futures traded about 200 points above the spot close.