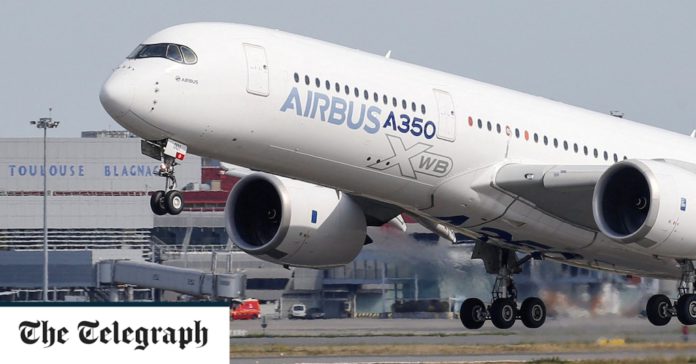 Airbus was forced to postpone its biggest investor day for three years after a rebellion by British analysts who refused to travel to France during the Queen’s Platinum Jubilee.

The two-day summit has been postponed until September 2 when it was supposed to take place on the first Thursday and Friday of June.

Officials have written to attendees of the Franco-German aerospace titan’s capital markets day acknowledging that the original dates were “untimely”, according to an email seen by Reuters.

Had that happened, British investors would have missed two of the four days of the extended bank holiday to mark 70 years since the Queen’s accession to the throne.

“The British were revolting,” said Rob Stallard, an analyst at Vertical Research.

Airbus, the sixth largest company on the French stock exchange, is the RAF’s largest aircraft supplier and employs 14,000 people in the UK.

The company’s transport planes are likely to take part in a flyover for the royal occasion on June 2. Its capital markets day should be a key moment for Airbus to show investors how far it is ahead of rival Boeing in the global aerospace market.

Boeing has struggled in recent years as it grapples with the fallout from two crashes of its flagship short-haul jet, the 737 Max. Technical issues with the jet have now been resolved.

Airbus, meanwhile, has forged ahead with its rival 737 Max model – the A321 – which is proving popular among airlines as they restart operations after two lean years during the pandemic.

Boeing is also expected to hold its own Capital Markets Day in September. Airbus is locked in a bitter legal row with Qatar Airways, one of its biggest customers, over claims that ‘peeling paint’ compromised the safety of its biggest A350 jets.

Qatar Airways is suing Airbus in the High Court for more than £1 billion in damages. Airbus, meanwhile, accused the airline’s repainting team of damaging one of its planes by using the wrong paint stripper.