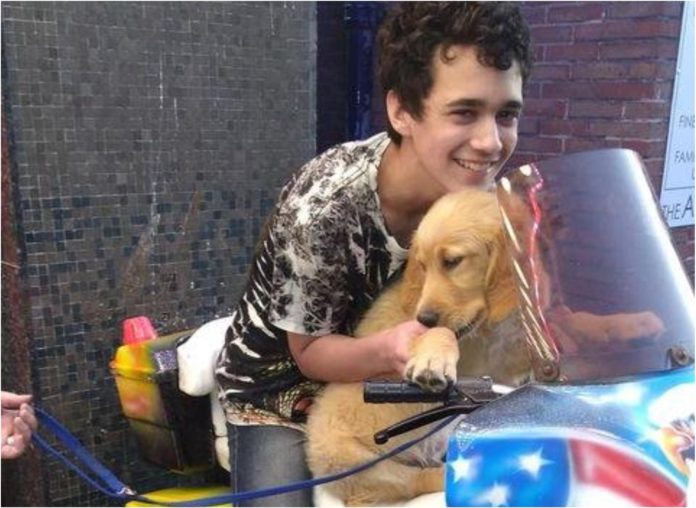 After Nathan’s parents, Donna and Neil, learned that their son’s organs could save the lives of others suffering from various illnesses, they gave permission to use them. Nathan’s organs were later donated to six people.

“Nathan would always help people no matter what, so it just felt right to give whatever we could,” Donna said in 2020.

Throughout Nathan’s childhood, the family cherished the time spent providing a foster home for several guide dog puppies they helped train, who later became lifesaving aids for the blind.

Donna and Neil now want to raise enough money for a guide dog puppy named after Nathan, and are set to throw a fun day next month to raise the necessary funds.

“We want to do this, not only because it will help someone else, but also because it’s nice to know it’s being done in Nathan’s name. These dogs, the difference they make in life people is amazing, they provide independent people,” Donna said.

She added: “It will be nice to know we helped train a dog, and hopefully they can help someone in need.”

The family fun day will take place between 10 a.m. and 6 p.m. at Whiston PC Cricket Club on Sunday, June 19, when visitors can enjoy the stands; amusement rides; food; a costume contest for adults; a coloring contest; make-up, as well as activities to mark Father’s Day.

Donna described how she decided to start fostering guide dogs after tragically losing her 18-year-old cat to brain cancer in 2012, and then felt she wanted to have another pet, but that she didn’t think she could face another similar grief.

Then a friend told her about fostering guide dogs, or “puppy walking,” as it’s also known, and the family quickly got involved.

“Nathan absolutely loved them [the puppies]…he took them into the garden and taught them the commandments; he would groom them. And they loved him, they would know what time he was coming home from school and be expecting him,” Donna said.

Donna described how the family cared for a pup called Colton until the pandemic hit, after which he had to board.

She said that just two weeks before Nathan died, the teenager asked if Colton could come and stay with them again, and Donna assured Nathan that he would.

Nathan was a healthy teenager but fell ill quickly with a headache before passing out.

He was rushed to Sheffield Children’s Hospital (SCH) but, despite emergency surgery and other medical treatment, Nathan’s brain damage was extensive and he did not survive.

His death was caused by bleeding resulting from an arteriovenous malformation (AVM), which is a tangle of abnormally connected blood vessels.

Most people with AVMs, like Nathan, don’t know it until they bleed.

Donna said SCH had done a lot for Nathan and as a result the family had already raised money for the hospital and Bluebell Wood’s Children’s Hospice, adding that the family now felt it was time to raise money on behalf from Nathan.

Anyone wishing to contribute or have a booth at the Fun Day should email: [email protected]