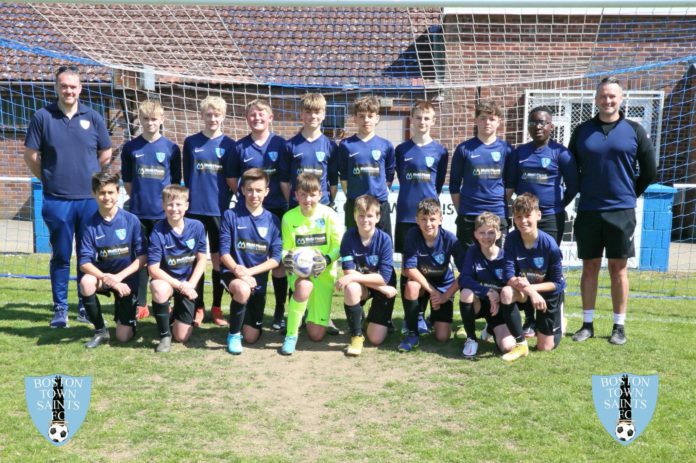 The team recently won their final league game of the season to wrap up an unbeaten campaign – winning an impressive 22 times in 22 games in the Mid-Lincs A League.

The 12 points ahead of their nearest rivals.

On top of that, the team scored a fantastic 109 goals between them while conceding 19.

The team is now looking forward to representing Lincolnshire at the ACES National Tournament in June.

There they will play against the best grassroots teams in the country.

They progressed from League B to secure fourth, third and second places.

But the icing on the cake came this season as the youngsters won their first league title – in fantastic style.

This period saw the Saints go from games at five to seven and at nine.

They now compete in 11-a-side competitions.