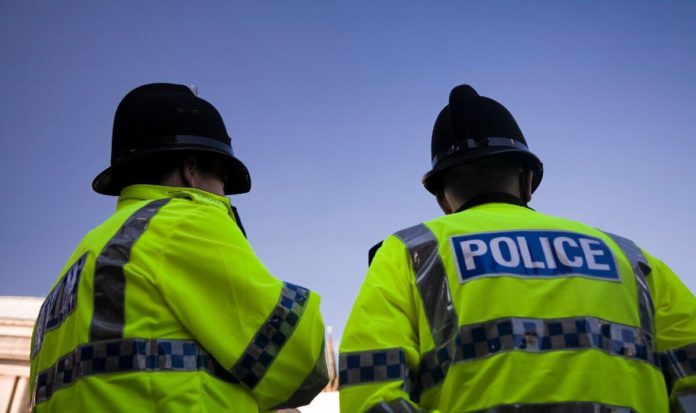 Officers raided the site on Tuesday and were pictured taking bags of evidence, including computers. It happened after Ofsted inspectors found a locked room with a bed and medical equipment at the school, which has not been named.

A West Midlands Police spokeswoman confirmed the force was called at 11.39am on Tuesday by Ofsted inspectors investigating reports of an unregistered school.

She said: “Concerns have been raised about possible illegal practices that may have taken place on the premises.

“As part of our investigations, two men, aged 32 and 61, were arrested on suspicion of involvement in female genital mutilation and have since been released on bail with strict conditions.”

She added that a third man was also arrested on Wednesday as part of the force’s investigation. He was also released on bail with strict conditions.

The spokeswoman said: “We understand the concern this will cause within the community, but it is important to stress that we are still working to establish whether any breaches have occurred. Our investigation with partner agencies continues. “

An unregistered school meets the legal definition of an independent or private school, but is not registered with the Department of Education (DfE).

It is illegal to run an independent school unless it is registered with the DfE, which is the regulatory body for this type of school.

Anyone who runs an unregistered school is guilty of a criminal offense punishable by up to 6 months in prison, an unlimited fine, or both.

Ofsted reported in November that since its Unregistered Schools Task Force was set up in 2016, its inspectors have investigated more than 800 establishments, issuing more than 100 warning notices to owners and the managers who run them.

According to the NSPCC, FGM occurs when a woman’s genitals are deliberately altered or removed for non-medical reasons. It is also known as “female circumcision” or “excision”.

It is recognized as a form of child abuse and is illegal in the UK. It can cause serious damage, including constant pain, infection, and infertility.

It also found that around 10,000 girls under the age of 15 who emigrated to England and Wales are likely to have had the procedure.

The study found that London has the highest prevalence rate in England and Wales with around 2.1% of women affected by FGM.

Beyond London, the highest estimates identified in the study were for Manchester, Slough, Bristol, Leicester and Birmingham.

The World Health Organization estimates that more than 200 million girls and women worldwide have been affected by FGM.

Three million people are at risk of undergoing FGM every year, he says.

Female genital mutilation is commonly practiced in 30 countries in Africa, the Middle East and Asia and is mainly performed on girls under the age of 16.

If you are concerned that a child is at risk or has already undergone FGM, call the free and anonymous NSPCC helpline on 0800 028 3550 or email fgm.help@nspcc.org.uk