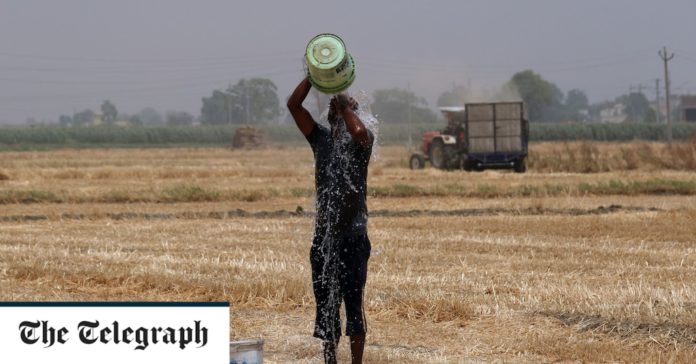 Wheat prices in India hit record highs, at times reaching 25,000 rupees (£263) a tonne, well above the minimum support price set by the government at 20,150 rupees.

Earlier this week, India outlined its record export target for this fiscal year, adding that it would send trade delegations to countries such as Morocco, Tunisia, Indonesia and the Philippines to explore ways to further increase shipments.

But a sharp and sudden increase in temperatures in mid-March means the size of the crop could be smaller than expected, at around 100 million tonnes or even less, a New Delhi-based dealer with a trading company told Reuters. world.

The government had estimated that production would reach a record level of 111.32 million tonnes.

Benefiting from a rise in world wheat prices following Russia’s invasion of Ukraine, India exported a record 7 million tonnes of wheat in the fiscal year ended March, up more than 250% over the previous year.

In 2020, Ukraine was the world’s fifth-largest wheat exporter, with low-income countries like Bangladesh and Lebanon among the beneficiaries, but since the invasion Russian forces have blocked grain exports from Ukrainian ports.