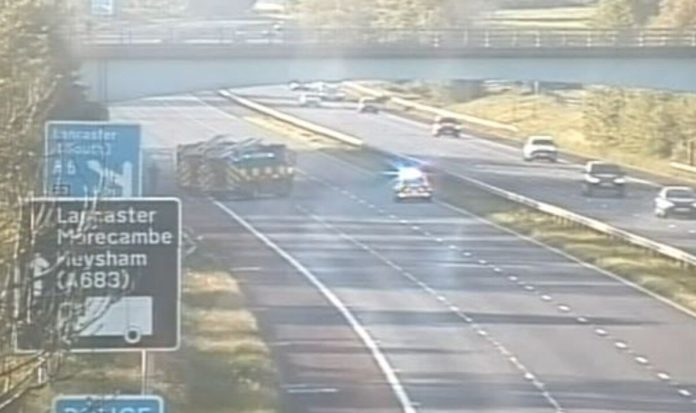 Following the incident. all lanes of the M6 ​​closed shortly after 7pm.

Traffic had been halted northbound from J32 near Blackpool and Fleetwood to J33 near Lancaster.

Motorists are advised to be careful of their approach.

Firefighters rushed to the scene to help.

National Highways said in a Twitter announcement: “Traffic has been halted on the #M6 northbound between J32 #Blackpool #Fleetwood and J33 #Lancaster #A6 near @motoway #LancasterServices.

“@LancashireFRS are on the scene with a vehicle fire. Delays are building up on the approach, please be careful. Updates to follow.”

At 7:30 p.m., one of the three lanes opens to help traffic because the emergency services are still working.

Shortly before 8:30 p.m., all lanes were reopened and the delays ceased.