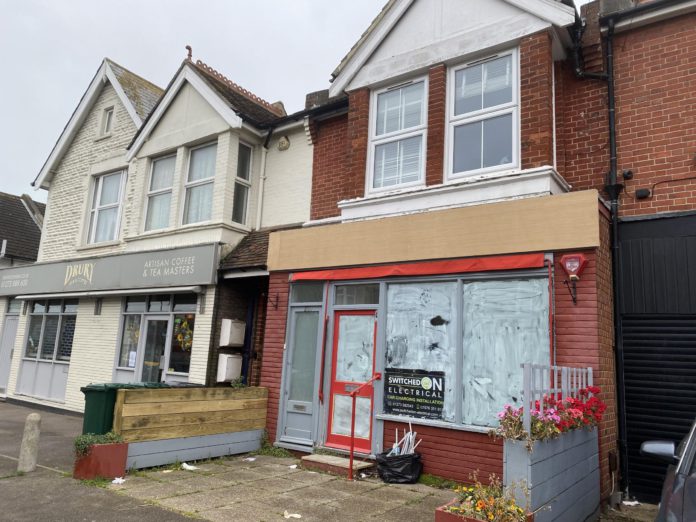 NEIGHBORS objected to a new deli owner’s application for a beverage license.

Jump’s Delicatessen, in Richardson Road, Hove, is due to open in the former premises of Curiosity Kitchen, next to Drury Tea and Coffee.

The owner, chef Vanessa Forder-Hogg, 53, of Langdale Road, Hove, applied for a premises license to serve wine by the glass, with food, from noon to 7 p.m. Monday to Saturday.

A report from Brighton and Hove City Council licensing officials said Jump’s Delicatessen did not intend to sell takeaway drinks.

Customers sat at two tables outside in front of the premises or at three tables inside, each with four seats.

The application named Simon Andrews as Designated Premises Supervisor, the person responsible for the day-to-day liquor.

The proposed trading hours do not violate the council’s licensing policy, but objections mean the request must be decided by a licensing committee, made up of three councillors.

One of the opponents, details of which have been redacted on the council’s website, said: ‘The granting of this license has the potential to introduce a nighttime economy to the road by stealth to the detriment of its residents.

“The property is adjacent to and overlooked by many residential properties and gardens, and playing music in the evenings will be a nuisance to these people, particularly in the summer months when people have to open their windows.”

Another opponent, whose details were also redacted by the council, said: ‘By allowing Jump’s Delicatessen Ltd to sell alcohol by the glass until 7 p.m. the cafe will increase the flow of people and vehicles, affecting the local community.

“This will create incidents under the influence of alcohol and reduce the safety of adult residents, children and pets.

“Last orders taken before 7 p.m. does not mean that cafe customers will have finished drinking before 7 p.m.”

The council’s licensing committee hearing is scheduled to begin Monday at 10 a.m. and is expected to be streamed on the council’s website.

Bruce Springsteen and the E Street Band tour: Will they play in Brighton? Brighton News