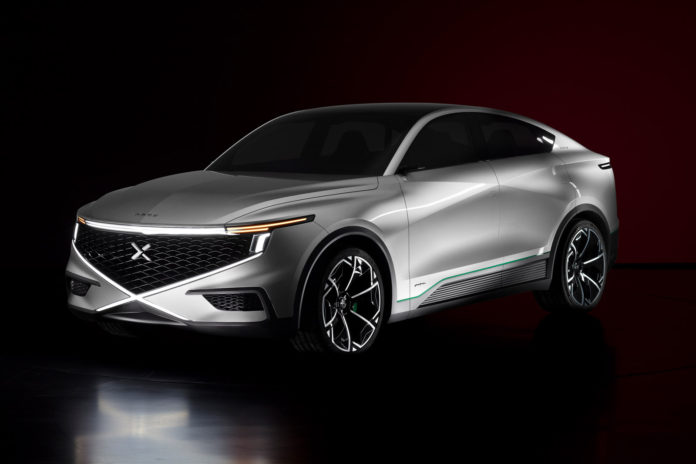 African-European tech company Namx has unveiled a new hydrogen SUV that breaks with fuel cell convention by offering six individual hydrogen capsules that can be swapped out to speed up fuel stops.

Called the HUV, it claims to be able to achieve a range of almost 500 miles. Apart from the capsules, it also comes with a fixed hydrogen tank, and together they power a 542 hp high-end or 296 hp entry-level electric motor.

It’s been created in partnership with Italian design firm Pininfarina and both say the SUV will ‘pave the way’ for more sustainable use of hydrogen cars, with the ability to swap capsules for full capsules as part of an on-demand service.

Scheduled to be released in late 2025, it will be available in premium four-wheel-drive or rear-wheel-drive forms.

It will be officially unveiled at the Paris Motor Show later this year. Orders are already open.

Namx co-founder Thomas de Lussac said the bulky HUV design was based on science fiction and muscle cars of the 1950s and 1960s.

“It inspired him to create a car that goes against the current slick and conventional design of electric cars,” the company said.

Namx president Faouzi Annajah said: “Our dual ambition is to become a new reference in the world of zero-emission cars, and to constantly explore new territories to facilitate the mobility of our consumers.

Pininfarina President, Paolo Pininfarina, added: “Pininfarina is not just about pure design and style. It’s also about innovation, user experience and realizing our vision of a sustainable future. The Namx HUV is quite simply at the heart of our DNA: inventing the best riding experience with infinite mobility, in style.