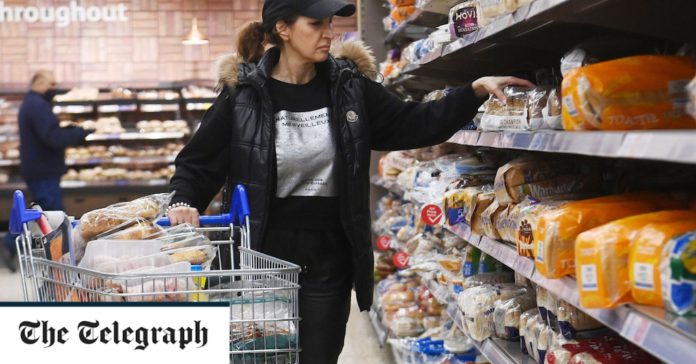 Farmers are threatening to cut bread production by planting less milling wheat and more for animal feed, the costs of which are rising.

Ministers have been urged to offer more incentives to farmers to get them to plant milling wheat in the coming months, helping to ensure decent future yields, amid fears that a failure to do so could an impact on options on supermarket shelves.

Minette Batters, president of the National Farmers Union, warned that there was “a real danger in this world that farmers actually decide to produce wheat to feed pigs and poultry, because they know they will be guaranteed a good price”. .

“This will leave the bread market short. We need to make sure that farmers are not just producing feed wheat and that we are incentivizing them in the decisions that will be made in the coming months.

It comes as animal feed prices are soaring, around 40% in March from last year’s levels, according to figures from the Agriculture and Horticulture Development Board (AHDB). .

Rising feed prices have spilled over into Britain’s food sector, driving up prices for pork and chicken and forcing some restaurants to cut menu options.

Wheat grown for animal feed is of a lower grade than that used to make flour. Government figures suggest that wheat accounts for around a third of daily dietary energy intake per person in the UK.

On Tuesday, sausage maker Cranswick criticized the government for not doing enough to help the pig industry cope with rising costs.

Managing Director Adam Couch said: “Rapidly escalating feed costs, along with other inflationary pressures and the much-publicized shortage of skilled butchers as a direct result of the Government’s post-Brexit immigration policy, have put the pork producing sector under severe and unsustainable pressure.”

The company has suggested the government reduce the amount of wheat used to make biofuels in the UK as part of net zero efforts, given the pressure on customers.

Mr Couch added: ‘The government needs to do more in the coming months to ensure we have a viable pig industry for the long term.