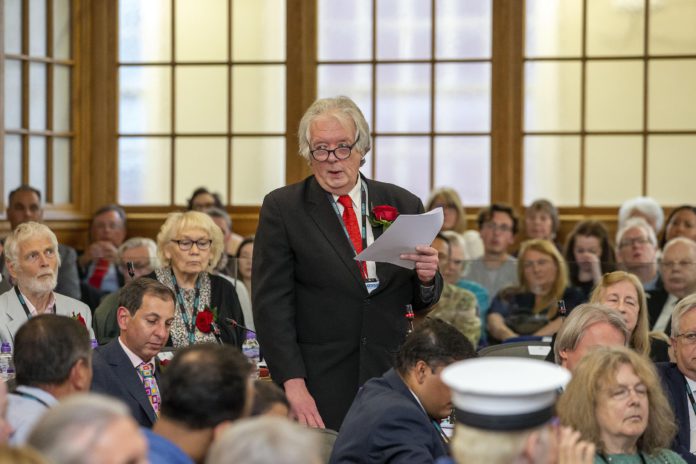 The new leader of Barnet Council has officially declared a climate emergency after the Labor Administration took over Hendon Town Hall.

Barry Rawlings made the statement during his first speech as leader and pledged to establish a citizens’ assembly to “ensure all residents benefit from green growth.”

Until recently, Barnet remained one of the few London boroughs that did not declare a climate emergency, as the previous Conservative administration repeatedly resisted calls to do so.

After declaring a climate emergency following local elections earlier this month, when Labor first took absolute control of the borough, Cllr Rawlings made a formal announcement at the annual general meeting ( AGM) of the authority on Tuesday.

He said: “I officially declare a local climate and biodiversity emergency here and now. The climate emergency is a huge challenge but also a huge opportunity, and we are ambitious, setting tough targets in our manifesto.

Cllr Rawlings said a citizens’ assembly would be set up to monitor the council’s climate action plan and “ensure all residents benefit from green growth and no one is held back”.

“We are saying loud and clear that there is a climate emergency, and we cannot ignore it,” he added. “From joining London’s anti-idling campaign and developing clean air for Barnet’s commitment, to working with Barnet Green Spaces Network, protecting green spaces […] and with businesses to develop the skills needed in the green economy, we will focus on improving the life chances of future generations in Barnet.

Ahead of the election, the Labor Party put forward plans to give residents more of a say in council decision-making. Cllr Rawlings has pledged to deliver on that promise and to “work in partnership with residents” by implementing initiatives such as community-led commissions and safer streets audits.

This drew criticism from opposition conservatives. Cllr Dan Thomas, who remains the party’s group leader, said the reshuffling of the committees would “reduce the ability to control the administration”. He urged Labor to withdraw the changes and submit them to the Constitution and Broad Objectives Committee for debate.

Labor deputy leader Cllr Ross Houston said the residents’ forums function would be retained, adding that his group planned to “completely revolutionize our interaction with residents”, including through the citizens’ assembly.