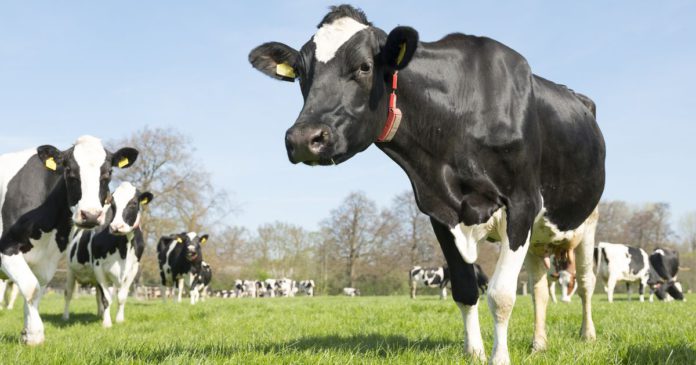 Farmers and rural walkers are advised to protect themselves from the risk of livestock attacks. Rupert Wailes-Fairbairn, of rural insurance broker Lycetts, issued the warning as people return to rural areas after lockdown measures are lifted and warmer weather sets in.

According to figures from the Health and Safety Executive, 11 people were killed by cows and bulls between April 2020 and March 2021. As Devon Live reports, six of the deaths were caused by cattle and five by bulls.

Wailes-Fairbairn said: ‘It is important that walkers only use public rights of way and marked trails. To avoid getting lost and being tempted to cut across fields, walking routes should be planned in advance and it is a good idea to have a map.

READ MORE: Meet the people who will lead Somerset over the next five years

“Farmers may have deliberately left gates open – or closed – to control livestock movements, so the public should leave them as they find them. Young stock should not be approached or petted, as their parents are very protective and can react violently to anything they perceive.A solitary adult cow may appear placid and photogenic but, again, do not approach her as there is no way of knowing her temperament.

“There have also been a number of incidents where dogs have triggered the attack on livestock and so it is essential that walkers ensure their pets are on a leash whenever they are in the presence. of cattle.”

Among the victims are agricultural workers. Farmers also risk being imprisoned and losing their livelihoods if they fail to fulfill their responsibilities.

Under the Occupiers’ Liability Acts 1957 and 1984, property managers are required to demonstrate a duty of care to others. Additionally, the Animals Act 1971 makes the keeper of an animal strictly liable, in the majority of cases, for injuries. If an injury occurs on a public trail that crosses a farmer’s land, the responsibility rests with the farmer.

Earlier this year a farmer was sentenced to 12 weeks in prison, suspended for 12 months, fined £878 and ordered to pay £7,820.30 in costs after an 83-year-old man was fatally attacked by cattle in Lancashire.

Wailes-Fairbairn said: “Farmers should carry out daily damage checks on perimeter fences, wires and rails, which should be well maintained and secured. Routes for livestock movement should be planned in advance. Efforts should be made to minimize contact with members of the public and to warn them to maintain a safe distance during the ‘move’.

“Certain breeds of bulls older than ten months are prohibited by law from being left free in fields crossed by public rights-of-way. In addition, bulls of any other breed older than ten months are prohibited in pastures with sidewalks unless accompanied by cows or heifers. Signs should be informative, accurate and clearly visible to the public when animals are present.”