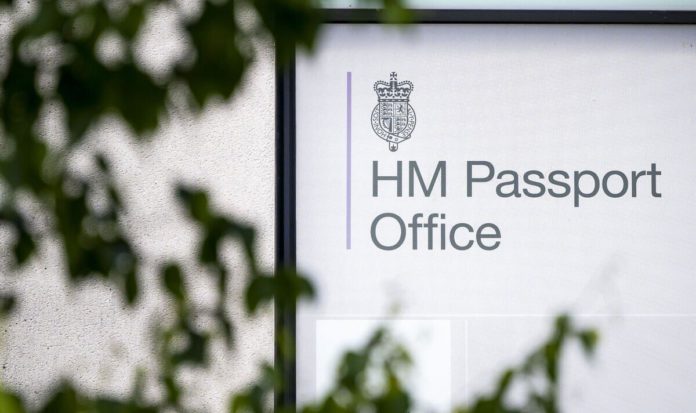 The Passport Office expects to receive more than 240,000 expedited applications between this month and October.

A standard online application for an adult passport costs £75.50, but the fee for a one week fast track service is £142.

People making standard applications are now encouraged to apply more than 10 weeks before their trip.

As The Sunday Express reported earlier this month, there are fears in Conservative circles that delays in processing passports could undermine the party’s reputation for being able to deliver competent government.

Blaenau Gwent Labor MP Nick Smith, who got the figures on the increase in fast-track applications, said: ‘The disruption of families waiting for passports as the planned holiday departure date approaches is huge. After spending hours on the phone without going anywhere, many say they are at their wit’s end.”

“As their departure date draws nearer but their passports have yet to arrive, families are having to spend nearly double the money trying to ensure they get away. Previously, it there was a three week delay for passports; now it’s 10 weeks and still not guaranteed.”

“When I asked the senior Home Office official when the three-week deadline would be reinstated, she refused to give me a firm date.”

Over 500 people have been recruited since April and there are plans to recruit another 700 by the summer. This year, applications are expected to reach 9.5 million.

According to Home Secretary Kevin Foster, in April this year, 63% of Passport Office customers gave a satisfaction score of 9 or 10.