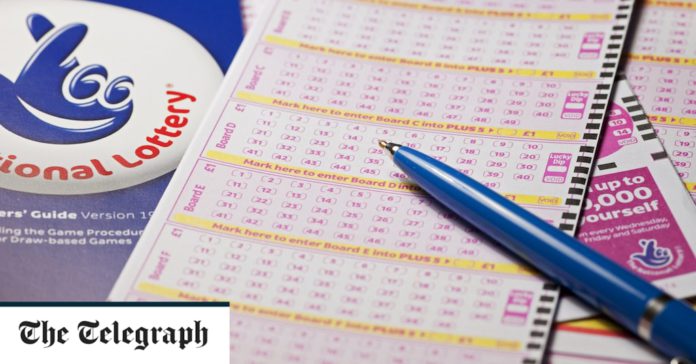 A legal battle could bring the National Lottery to a halt for the first time in 30 years, robbing good causes and players of millions of pounds, the regulator has warned.

In court submissions seen by The Telegraph, the Gambling Commission said a legal challenge by Camelot against the loss of its lottery license could delay the handover to rival Allwyn on February 1, 2024.

In evidence before the High Court, John Tanner, the Commission’s executive director, warned that this could lead to Czech operator Allwyn having insufficient ‘implementation’ time, leading to a ‘real risk that there there is a period when the National Lottery does not work at all.

The Commission is seeking to overturn a court decision to suspend the transfer process pending the outcome of Camelot’s legal challenge after Allwyn was named the preferred candidate for the fourth license in March.

Camelot, the lottery operator since its inception in 1994, claimed the Commission had made its decision “seriously wrong” and, in its court findings, warned that it would effectively bankrupt the company and prevent it from bidding on other contracts internationally.

However, the Commission warned that Allwyn needed at least 19 months to prepare and complete the complex process of taking over the lottery operation, the first transfer from one company to another in its 30-year history. This would require it to start in June or July at the latest.

In his remarks, Mr Tanner said that as long as the Commission was prevented from reaching an ‘enabling agreement’ with Allwyn to start the ‘unprecedented and untested’ transfer process, there was a serious risk of disruption to the lottery .

He said: “While the Commission is not authorized to enter into the Enabling Agreement with Allwyn, the Commission and Allwyn will suffer material prejudice by being unable to commence significant steps towards the start of the fourth licence.

“This will almost certainly mean that at a minimum the National Lottery will not be operating to its full potential at the start of the fourth license term.

“Furthermore, there is a real risk in these circumstances that there will be, after the end of the third licence, a period when the National Lottery does not operate at all.”

He said the delays could jeopardize prize money and players’ money for good causes. Mr Tanner said: ‘There would be no contributions to good causes during any period when the National Lottery was not operating.

“The interests of participants would be adversely affected to the extent that winners of National Lottery games under the Third License [held by Camelot] may not be able, after the expiration of this license, to claim prizes.

A typical draw features 500,000 to 1.5 million prizes that can be claimed up to six months later. Camelot and Allwyn will need to agree on a process to honor “millions of outstanding prizes” and have earmarked funds to ensure no one loses, according to the Commission.

Even if there was a delay in the signing of the enabling agreement but no break in the operation of the lottery, the Commission warned that there could still be £1 billion less for good causes due to a shortfall in the beginning, compounded by a loss of interest on the money.

In its application, Allwyn proposed an implementation period of 22 months, including a three-month emergency period. The Commission warned that June 30, 2022 would be less than the minimum 19 months needed.

Mr Tanner said: “If the Commission is unable to complete the Enabling Agreement, it is almost inevitable that material and irreversible harm will be done to the National Lottery and good causes and there is a high risk that this harm will become significant.”

The decision is the latest salvo in one of the most heated contests for the lottery license in its 28-year history. In the lead up to the announcement, Allwyn and Camelot had appointed attorneys in preparation to challenge the outcome.

The premise of Camelot’s challenge is how a “risk factor” was applied to competitors’ bids. In the run-up to the announcement, MPs and rival bidders had questioned whether applying the risk factor, which affected 15% of the candidate’s final mark, would favor the incumbent.

Camelot has since argued that the regulator ruled out the use of the risk factor in the final award due to concerns, allowing Allwyn’s far more ambitious but potentially risky business plan to emerge victorious.

Allwyn had promised far higher returns to good causes despite plans to halve the price of a ticket for the National Lottery main draw.

In its submission to the court, Camelot warned: “Awarding the fourth license to Allwyn would effectively put [Camelot] bankrupt, and CUKL would likely be liquidated in due course.

He added: “The loss of the UK contract will significantly reduce Camelot Group’s ability to bid on and operate international lottery contracts in the years to come.”

A spokesperson for Camelot said: “We have made it clear in our representations to the Court that we believe there is no threat of suspension of the National Lottery in the period between the third and fourth licenses. Camelot has offered a number of possible solutions to the Court – including an interim license which has already been used in similar circumstances – which eliminates any such risk.

The best vegan and vegetarian restaurants to try across the UK...

Three Brilliant Summer Salads – And There’s Not a Lettuce in...