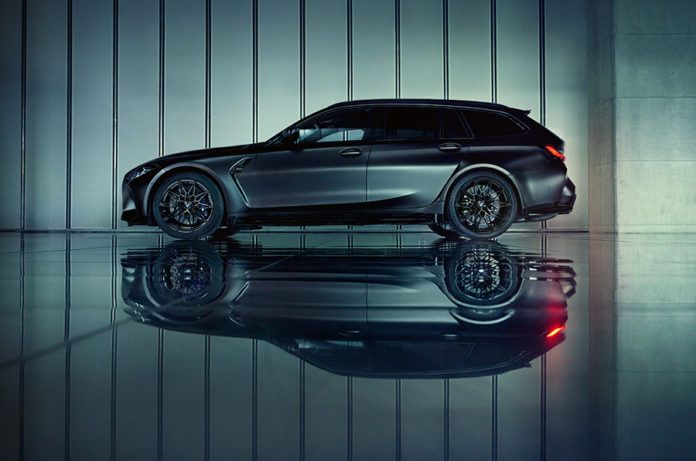 Despite a whirlwind of rumors, the BMW M3 Touring Concept remained resolutely hidden behind the figurative felt curtain of BMW M’s secret R&D facility until the BMW M3’s 30th anniversary in 2016. The clamor for a BMW M3 Touring has only grown, and the new BMW M3 and M4 in early 2021 provided the perfect opportunity. But BMW bosses still had to be convinced that the BMW M3 Competition Touring made sense.

Christian Karg (BMW M Concept Development): “I remember where it started. We were doing winter testing in Sweden in 2019. During the evening debrief, the idea of ​​a BMW M3 Touring came up. We knew we had to exploit the potential of the BMW M3 and M4 more, so we said to ourselves: “Let’s think about a BMW M3 Touring”. But it was clear that we needed a living vehicle – a tool of persuasion – that we could show decision makers. »

Hubert Weichselbaumer (BMW M Prototype Construction): “One day Dirk, Hans and Christian invited me for coffee. Out of nowhere they asked me to think about how we could build a BMW M3 Touring demo car. There were lots of questions. What is the goal ? How will this work? How do we do? So we found a derated BMW M3 G80 tester and a BMW 3 Series Touring G21, and started thinking about how to turn the two cars into one. It was a gigantic puzzle. »

Christian Karg (BMW M Concept Development): “At the beginning of the design work, you encounter many technical challenges. But the further we got, the clearer we had a picture of what a BMW M3 Competition Touring might look like. There was great synergy from the BMW M3 and M4: the engine and the suspension; Fantastic transmission with M xDrive. We quickly reached a point where we had a robust concept.

Hubert Weichselbaumer (BMW M Prototype Construction): “I was allowed to present the BMW M3 Competition Touring to the management of BMW M, a day of which I have fond memories. Only Dirk, Hans, Christian and I knew about the car. But, once the management saw it, they all said it had to happen.

Christian Karg (BMW M Concept Development): “It was a dream come true. All the meetings and discussions needed for such a project to make sure everyone is convinced. There were a lot of hurdles to overcome. Then to see the result standing there. You get emotional.